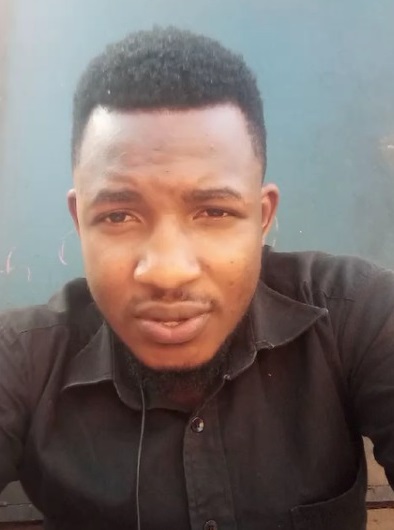 “Hello! My name is Abdulwahid and I come from Tanzania. My goosebump moment is about a Tanzanian artist called Diamond Platnumz. It is about his life’s story when he says one day his mother sold a golden ring to support him in his music career. This makes me so excited and believe that everything is possible if you put effort and believe in what you are doing. Since then, he became a biggest artist in Tanzania, East Africa and also Africa so, also this makes me motivated and believe in what I am doing and that one day I will became who I want to be”.

One of Tanzania’s most popular artists

For Tanzanian star, Diamond Platnumz, also known as Chibu Dangote, life as an artist was never rosy as many would have thought. The star had a hard time trying to fit into the industry. He was forced to do odd jobs like selling fairly used clothes, freelancing and even becoming a gas station attendant among many other jobs just to raise money for a studio session in 2007.

After much effort, Diamond successfully released his first single ‘Nenda Kamwambie’With the financial support of Msafiri Peter, also known as Papaa Misifa, who helped nurture his talent. Since his emergence in the music industry in 2009, Diamond has collaborated with many notable artists.

The success of Diamond Platnumz

The Tanzanian singer, dancer and songwriter from Bongo Flava has had several hit songs, including Number One, which featured Nigerian artist Davido. Diamond has won numerous awards at Channel O and HiPipo Music Awards.

He played on the Big Brother Africa 7 eviction show in May 2012. Diamond has been considered influential among his fans, and is considered Tanzania’s beloved and decorated artist at the moment.

In 2013, he was considered the best-selling Tanzanian chord singer by cell phone companies, as well as among the highest earning artists in the music industry in the Great Lakes region of Africa.

Steeped in the bongo flava genre – known for its blend of American rap and East African taarab – Diamond’s music, which often turns heartbreak into uplifting anthems, found a fan base. His 2013 single, “Number One,” came with an even bigger goal: “I wanted to go global,” he says, adding that he learned English, the language in which he sings the chorus, before recording the track.

In 2020, Diamond became the first sub-Saharan artist to get more than a billion views on YouTube and was nominated for the third time for Best International Act at the BET Awards. The artist signed a 360 deal with Warner Music Group through his own label, WCB Wasafi (launched in 2018 and home to Lava Lava, Queen Darleen and Mbosso).

Under the partnership, WMG is supporting Diamond’s label with the goal of creating more viable avenues for East African artists to attract some of the attention that acts from the continent have been receiving in North America. “There are a lot of talented African artists who don’t get airtime or record deals,” he says. “I see myself changing a lot of people’s lives”.