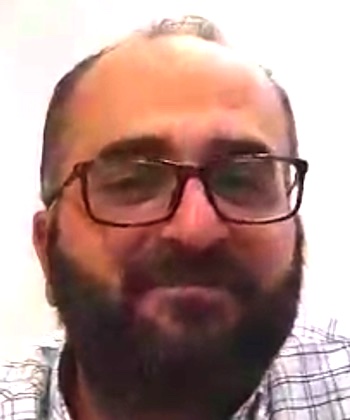 Yashar: “Greetings everyone! How are you? I am from Syria but currently living in Kurdistan. I will tell you about one of my goosebump moments. This one was back in 2009. I was watching TV. I was watching Britain’s Got Talent when suddenly a middle-aged lady appeared on the stage. Everyone made fun of her because she looked very old, and she did not seem to them like she had the talent but actually the moment she started singing it was like wow! It was amazing. Well, literally she took us into another world. It was Susan Boyle back in 2009 Britain’s Got Talent and the song was “I dreamed a dream”. See you. Bye.”

Every year, Britain’s Got Talent surprises its audience with talented contestants who attend the show to try to impress a panel of judges and the audience and win a place in the live televised rounds.

One of the contestants who undoubtedly became an international phenomenon after her appearance on the show was Susan Boyle in 2009. Her rendition of the song “I Dreamed a Dream” from the musical “Les Miserables” immediately silenced both the judges and the audience, earning her a standing ovation and giving more than one person goosebumps.

When Boyle first appeared on Britain’s Got Talent in 2009 at the city’s Clyde Auditorium, she said she aspired to become as successful a professional singer as Elaine Paige. After performing “I Dreamed a Dream” she was accepted after a preliminary audition in Glasgow.

Boyle was one of 40 performances that went through to the semi-final in which she performed “Memory” from the musical Cats. In the audience vote, she was the performance that received the most votes to advance to the final. She was the clear favourite to win the final, but finished second behind the dance group Diversity. The television audience in the UK was a record 17.3 million viewers.

Who is Susan Boyle?

Susan Boyle is a Scottish singer who grew up in Blackburn. She is the youngest of nine children. Due to complications during her birth, she was briefly deprived of oxygen, which left her with mild brain damage; at school she was diagnosed with learning disabilities, for which she was frequently teased and bullied.

In 2013, however, she revealed that what was believed to be brain damage was Asperger’s syndrome. Boyle was drawn to music and singing from a young age, and at 12 she began participating in musical productions at school.

Her talent was quickly recognized by her teachers, who encouraged her to persist. After leaving high school, Boyle worked briefly as a trainee cook at West Lothian College before starting to study at the Edinburgh Acting School. She continued to cultivate her voice, singing in her church choir, in local karaoke bars and at the Edinburgh Fringe Festival.

Boyle’s professional ambitions were put on hold in 2000, following the death of her sister. However, in 2002 she resumed professional singing lessons and subsequently made several recordings for local and charity performances but continued to receive only local fame.

Devastated by the death of her mother in 2007, Boyle retired completely from singing for almost two years. In late 2008, however, she auditioned for Britain’s Got Talent to honor the memory of her mother, who had been a fan of the show and had encouraged her to participate in it.

Boyle’s first studio album, “I Dreamed a Dream”, debuted at number one on the Billboard charts in November 2009 and was the second best-selling album of 2009, selling over 3.1 million copies.

She made her acting debut in the film drama “The Christmas Candle”. She also had a memorable appearance in the comedy Zoolander 2 and her autobiography, “The Woman I Was Born to Be”, was published in 2010.