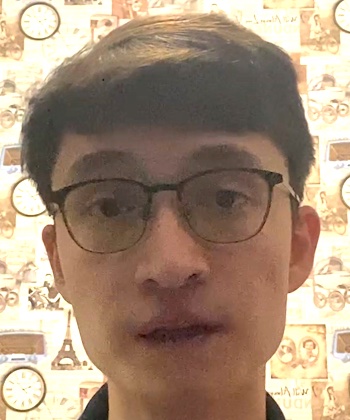 Dilmurad: “Hello, I come from Uzbekistan and I want to share with you my goosebump experience that I had back to 2018 while I was watching “Inception” by Christopher Nolan. One thing that really hit me and gave me an unforgettable goosebump moment was the soundtrack of the film, by Hans Zimmer. He is the most outstanding composer in the world that took part in masterpiece movies. He makes soundtracks so accurately that every song fits the scene so that the viewer is virtually in the film and feels the moment as the main actor does. And every time when I watch movies with a soundtrack made by him, I know in advance that the following hours will be spent in an amazing way.”

As in previous works, Nolan decided to count on the participation of Hans Zimmer for the realisation of his movie’s soundtrack. For this work, Hans Zimmer received nominations at the Oscars, BAFTA Awards and Golden Globe Awards.

The idea behind Hans Zimmer’s score for the film is Édith Piaf’s classic 1960 song “Non, je ne regrette rien,” which is used as a score throughout the film itself, and from which Zimmer also derives most of the score’s recurring thematic elements. The song is believed to have inspired much of the soundtrack. In fact, the film is 2 hours and 28 minutes long, and is believed to be a reference to the length of the first version of this song: 2 minutes and 28 seconds.

It’s a clever idea, in the same vein as Zimmer’s use of the chimes of Big Ben during his action sequences in “Sherlock Holmes”, and reminds the listener that no matter what, Zimmer has always written clever music.

According to Zimmer, the soundtrack for “Inception” is “a very electronic score.” Nolan asked Zimmer to compose and finish the score while shooting the film. The composer said, “I wanted to unleash my imagination in the best possible way.”

For inspiration, Zimmer read Douglas Hofstadter’s “Gödel, Escher, Bach: An Eternal Braid of Gold”, because he said it combined the idea of playfulness in mathematics and playfulness in music. Zimmer didn’t assemble a temporary score, but he used to say that from time to time they would call him and say ‘we need something here.’ But that was fine, because a lot of the musical pieces are not so scene-specific. They fall into little categories.

On the other hand, the trailers for the film include specially composed music by Zack Hemsey, which doesn’t appear on the official soundtrack.

Hans Zimmer has composed the music for more than 150 films in an illustrious career spanning more than 30 years, which has seen him win two Golden Globes, four Grammys and the 1994 Oscar for “The Lion King”. The composer, who made a name for himself in the 1980s and 1990s with “Rain Man,” “Thelma & Louise” and “Driving Miss Daisy,” continues to haunt audiences with recent soundtracks such as those for “Pirates of the Caribbean,” “Inception,” “12 Years a Slave” and “Interstellar.” But he has always kept a low profile.

He is a composer who has managed to reach younger viewers with his scores, perhaps because his peculiar style has been able to accompany a good handful of commercial titles and notable international success. The restlessness that has led him to make many collaborations, arrangements and versions, places him in the panorama of film music as an essential artist.

His relationship with music began as a child, due to a tragedy: the death of his father. That is why he took refuge in music, which became his best friend. Zimmer began his career playing keyboards and synthesizers.

Christopher Nolan gives us a masterful display of his technical skills when directing a film, and “Inception” is proof of that. Christopher Nolan is said to have spent ten years writing the script for “Inception.” This involved prodigious concentration, like playing chess blindfolded while walking a tightrope.

The hero of the film tests a young architect by challenging her to create a maze, and Nolan tests us with his own dazzling labyrinth. We have to trust that he can guide us through it, because most of the time we are lost and disoriented.

With a great story, a more than clean direction by Christopher Nolan in every image frame, adding the performances of Leonardo Di Caprio and Joseph Gordon-Levitt and also a perfect soundtrack by a more than inspired Hans Zimmer, this film establishes itself as one of the best of its genre.

More about The movie “Inception”