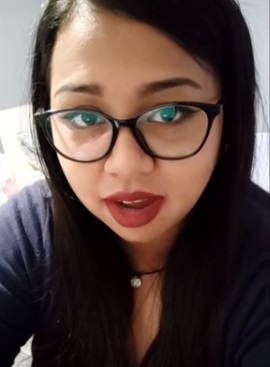 The album “The Poison”

“Hi, my name is Marielle and I am from Madagascar. My goosebump moment was when I first listened to Bullet For My Valentine’s intro song from their album called “The Poison”. I think it released back then in 2010, I think it was in 2010. It’s the type of song, you know, that when the guitar solo first kicks in, you feel like having super powers. You start to put yourself in the shoes of, for example, the main character of your favorite Tv show or even cartoon and then you start imagining scenarios. You know what I am talking about. I think we all have that “song” that makes us feel this way. If it does make sense. And I like to play this song whenever I don’t really feel motivated”.

An album that aims high

“The Poison” is the debut album by British metalcore band Bullet For My Valentine. It was released on October 3, 2005 in the United Kingdom and on February 14, 2006 in the United States.

The beginning of the song already indicates that they were aiming high, they open with the typical intro that is growing to lead into the first theme. Besides, it has Apocalyptica’s cello arrangements, a declaration of intentions.

The piece seems to end softly, but when you least expect it, “Her Voice Resides” starts with a thunderous scream that makes you rethink all your expectations.

Undoubtedly this album has good guitar work and a lot of thrash, something that will be lost a little as the album progresses. It doesn’t take long for characteristic metalcore elements to appear, like some heavy breakdowns or melodic choruses.

The success behind Bullet For My Valentine

Bullet For My Valentine’s debut album was released under the name “The Poison”, entered the Billboard 200 at number 128 and reached #11 on the Top Independent Albums chart.

After the great reception they had in the United States and the United Kingdom, the band went on to promote their album all over the world. They also did a US tour with Rob Zombie.

In 2005 they performed at Download Festival and later toured with bands like Metallica and Guns ‘N’ Roses, among others. They would also release their first DVD called “The Poison: Live at Brixton”, which included a concert of the band at the Brixton Academy in London on January 28, 2006.

Who is Bullet For My Valentine?

Bullet For My Valentine (abbreviated BFMV) is a Welsh metalcore band from Bridgend, Wales. The band originally formed under the name “Jeff Killed John” in 1998, covering songs by Metallica and Nirvana. They recorded six songs that were originally never released, but two of them were re-released for the band’s later work.

Economic difficulties marked a change in the direction of their music and in the name of the band to Bullet For My Valentine. Among their main influences, bands such as Metallica, Iron Maiden and Slayer stand out.

More about Bullet For My Valentine: