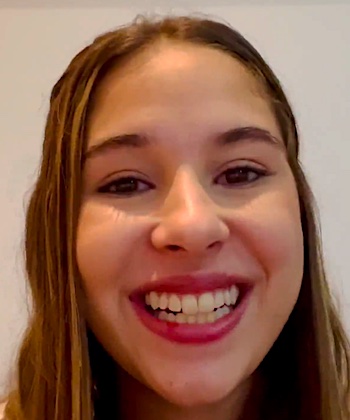 The concert of Karol G

The concert of Karol G in Colombia – Sarita’s goosebump moment

“Hi, my name is Sarita and I am Colombian. My goosebump moment was when Karol G, a Colombian Reggaeton singer, came here to her hometown, where I am from, and held a concert. At the beginning of the event, we were all given bracelets that lit up with each song she sang in different colors, and she told us that she was incredibly happy to be here in her hometown singing for us and she told us that we were all a family. But the most amazing part came when she sang a Vallenato song, which is a very representative thing here in our culture and when she started singing the whole stadium lit up with the colors of the Colombian flag, red, yellow, and blue, and it was amazing.”

A surprise for her fans

The concert of reggaeton singer Karol G in her hometown, Medellin, last December 5, gave goose bumps to more than one. The singer performed her greatest hits such as “Tusa”, “Mi Cama”, “Poblado”, “Ay, Dios Mío”, “Caramelo”, “200 copas”, among others.

However, as a surprise for the audience, Karol G also performed Colombian music. She invited a young girl to the stage to accompany her performance of the vallenato “Tarde lo conocí” by the late singer Patricia Teherán on accordion.

Before taking the stage, the urban artist shared an emotional message through her Instagram stories, in which she expressed her happiness for singing in the city where she was born.

A woman in urban music

Karol G was born Carolina Giraldo Navarro on February 14, 1991, in the city of Medellin, Colombia. Her father is a musician, so talent runs through her veins.

In 2006, the artist participated in the X Factor. Thanks to her participation to the program, she got her first recording contract and decided to change her name from Carolina Giraldo to Karol G.

Her passion for music led her to formally study at the University of Antioquia. She also received training in marketing in New York City.

In 2006, Karol G released her first single titled “En la Playa”, which had no major relevance. Years later, she worked as a backing vocalist with Colombian singer Reykon but quit to pursue her dream of being recognized worldwide.

The singer never gave up. Sometime later, she released her single “Amor de Dos”, with the collaboration of Nicky Jam. In 2014, she released “Mañana” and “Ricos Besos”, songs that were positioned in the main music charts in Colombia.

In December 2015, Karol G signed a contract with Universal Latin, the record label with which she released “Casi Nada”, a single that led her to be nominated for the Heat Latin Music Awards. Thanks to the recognition Karol G had for her single “Casi Nada”, the artist collaborated on several songs and achieved great notoriety in the industry.

In 2016, the Colombian released “Hello”, a song she performs with Ozuna. In the audiovisual material of the song, a more daring and sensual side of the exuberant artist is seen. After “Hello”, Karol G collaborated with Sebastián Yatra in the single “Lo que siento por ti”. She also lent her voice to Daddy Yankee’s “Código de Amor”.

One of the most listened Latinas on Spotify

Karol G rumbled around the world with “Tusa” with Nicki Minaj, then put to sing “Ay Dios mío”, and now she has a third unstoppable hit: “Bichota”. Those are the most recent songs that the paisa singer Karol G has released and that have catapulted her to the top of the most listened to on digital platforms.

“Bichota”, her most recent hit, is positioned in the top 10 of the most listened songs on Spotify globally in 17 countries, success preceded by the worldwide hit “Tusa” which reached #3 globally on this same platform starting 2020 impacting places like Japan, Australia, India, Thailand among other countries.

More about the singer Karol G:

One Comments "The concert of Karol G in Colombia"