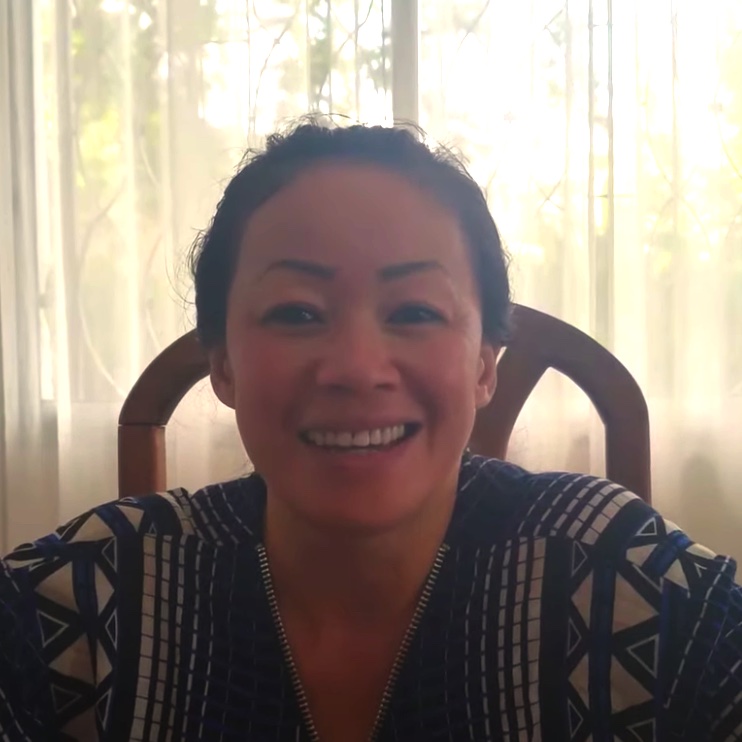 Patricia: “Hello everyone, my name is Patricia and I am from Madagascar. Here in Madagascar, there is this group, Mahaleo, they are famous all over the world. Their name is Mahaleo. I had last seen them when I was 20 or younger, and then I saw them again in 2017 in the Palais des Sports. I had not seen them in a long time and seeing them again in 2017, gave me goosebumps, and it made me feel very happy to remember the good old times. All the songs from back then were played again. I felt a lot of happiness and joy remembering the good old times. That always gave me a lot of goosebumps. All the memories came back, even the old friends that I met there. That’s it. I’m gonna say goodbye. Goodbye.”

Reunion of the band Mahaleo

In 2016 there was also a performance by Mahaleo at Palais des Sports. Here, like Patricia, many fans came together to reminisce about old memories and enjoy the beautiful music. A wonderful concert!

The group was formed in the early 1970s in Antsirabe, at the time of the wave of demonstrations and student uprisings that resulted in the end of neo-colonial power. The seven musicians, Dama, Dadah, Bekoto, Fafah, Nono, Charles and Raoul met in May 1972, following the actions launched as part of the general strike, enlivening it with their songs and their instruments. Their studies lead them to become a doctor, surgeon, farmer or sociologist, but they pursue their musical adventures together as well.

Musically, the group brings a fusion between the traditional music of the country’s highlands, the music of Africa, Polynesia and Malaysia, without forgetting the influence of amplified Western music omnipresent on the radio in the 1960s and 1970s (We especially recognize the influence of Bob Dylan).

The group takes the problems of everyday life as a general theme for their songs, carries a protest and protesting word, while conveying the values ​​of love and friendship without forgetting to deal with more serious subjects, such as death for example. The style is new and touches the population closely, expressing aspirations for Malagasy identity after colonization: the group thus quickly became popular throughout Madagascar.

Over the years and with the personal experience of the musicians, the group tackles other themes linked to the difficult daily life of the population and to the status of Third World countries: the environment, poverty, education, delinquency, etc. They tour throughout the country, providing several hundred of concerts. The Madagascan diaspora also makes it possible for them go to give concerts in France.

The musicians’ political commitment is reflected in their personal career: Dama has twice endorsed a mandate as an independent deputy, Bekoto specializes in defending the rights of peasants, Charles leads an NGO and works with Nouvelle Planète to develop projects, promoting development in rural and peri-urban areas and organizing mutual aid trips, Dadah and Nono are surgeons at the Antananarivo University Hospital.

The year 2007 was marked by the celebration of 35 years of Mahaleo. The group traveled abroad and performed at the Olympia in Paris. It was the first Malagasy group to do a two-part show at this famous venue. In addition, at the initiative of the Malagasy Broadcasting System (MBS) channel, a competition called Mahaleo Zandriny was organized to form a group which would take over from the current members. The winners of this competition, each of whom represents one of the group’s five singers (Nono and Charles being mainly oriented towards the instrumental part) were elected after several weeks of competitions and performances. Since then they have given concerts until 2018.

Twenty years ago when the men were young they would play music across the country. Now that the men are older they all have professional careers and they have positions that allow them to give back to the country. This film follows each man through a course of almost a month demonstrating what they do for a living in Madagascar. This film is in Malagasy, but does provide English subtitles. This is a must see film for anyone studying Madagascar because it demonstrates how the people of Madagascar live. More importantly, this film shows the day in the life of a Malagasy in rural tribes.

More about the movie: