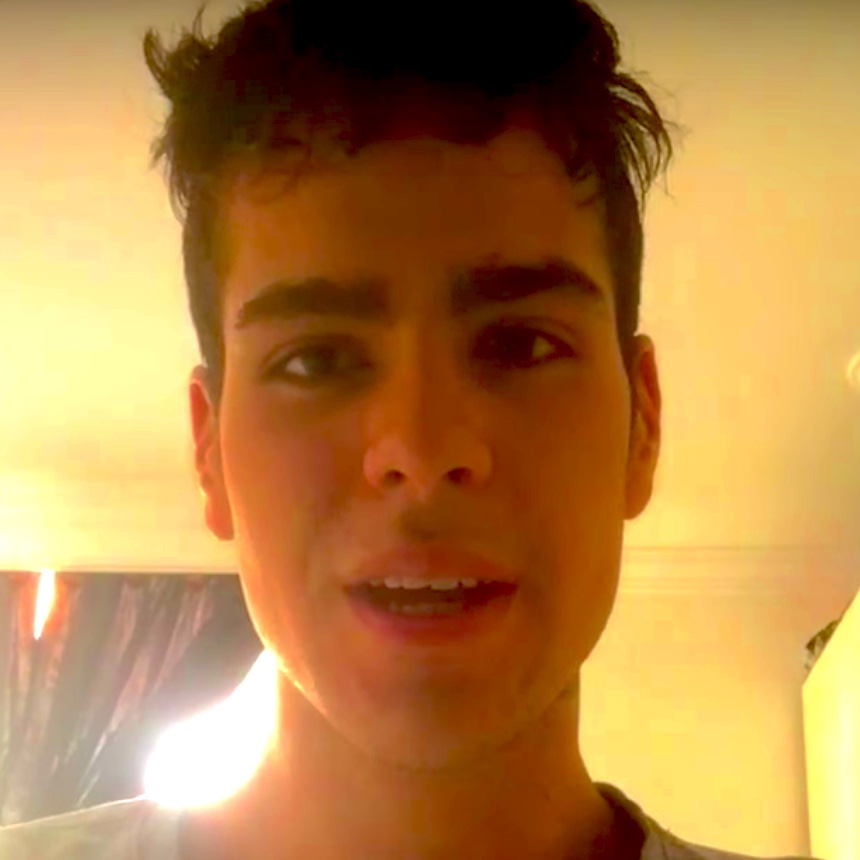 Abraham: “Hi, I’m Abraham from Colombia and I got goosebumps when I heard Rüfüs Du Sol’s “Innerbloom”. This song has a great voice and harmonic sounds that made me travel to another place. It made me think about how wonderful this planet is and its nature also has some textures and landscapes in the video that made me feel happy when I heard the song for the first time. It was night and there were many stars. I said “Wow, it’s magnificent” and it made me feel very good. It really is very good. That song has everything.”
(<<)

“Innerbloom” is a song by Australian alternative dance group Rüfüs Du Sol. The song was released in 2015 and was the outro track of their second album called “Bloom”. In 2017 “Innerbloom” went platinum in Australia and listed at no. 5 in the Triple J’s Hottest 100 of the Decade in 2020, whilst its “What So Not remix” came in at no. 64. The “Sasha remix” won Record of the Year at the 2017 Electronic Music Awards.

“Innerbloom” is about 10 minutes long. Rüfüs Du Sol vocalist Tyrone Lindqvist said they didn’t want to have an end point to this song. He said “You share moments listening to music with your friends and family, moments you remember forever. We wanted to create those moments for other people with the songs from “Bloom”. Linqvist also said that “Interbloom” is their most personal song yet.

Rüfüs Du Sol is an Australian alternative dance group from Sydney, Australia, founded in 2010. The group consists of vocalist and guitarist Tyrone Lindqvist, keyboard player Jon George and drummer James Hunt. The group changed their name from Rüfüs to Rüfüs Du Sol when coming to America because the name Rufus was already taken.

The band has released 3 studio albums and 1 live album until now. Their debut album “Atlas” (2014) peaked peaked at number 1 in Australia and their second album “Bloom” (2016) also debuted on top of the Australian albums chart. Their third album “Solace” was nominated for 3 ARIA Music Awards.

Their single “You were right” from their “Bloom” album won the ARIA Award for Best Dance Release in 2015 and their album “Atlas” won Best Independent Dance Album. Rüfüs Du Sol has performed on festivals like Byron Bay Bluesfest, Splendour in the Grass, Electric Forest Festival, Mountain Sounds, as well as Coachella and Field Day.