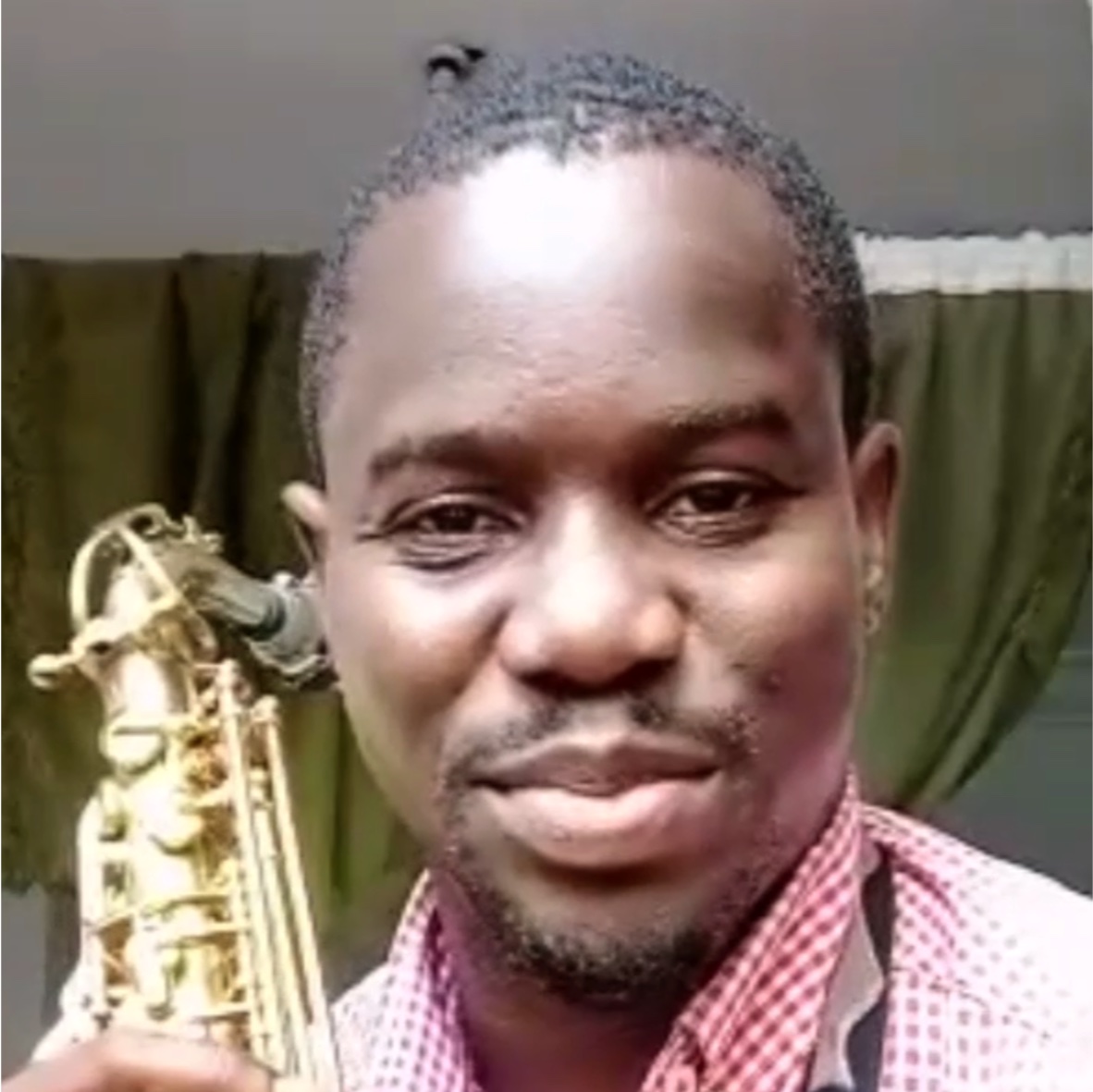 Sax solo on "One More Night"

Mak: “Good day everyone. My goosebump moment was when I listened to a song by Phil Collins featuring Gerald Albright: “One More Night”. There was a particular part of the song where Gerald Albright played this long solo and that was it. Right from there I started following him as a young saxophonist, I started listening to him. I enjoy him so much that I practice most of his things. Thank you.” (<<)

The saxophone solo in the Phil Collins song “One More Night”

“One More Night” is a single released in 1984 from Phil Collins’ third solo album “No Jacket Required”. It was Collins’ 2nd US No. 1 single, following “Against All Odds”, and it was his 4th single to reach the top 10 in the UK, peaking at No. 4 on the singles chart. In the studio recording and the official music video, saxophone player Don Myrick plays the saxophone solo, but in the live versions of the song on tours after 1990, it is saxophone player Gerald Albright that gives his rendering to the emotional solo at the end of the song.

This is the solo part that Gerald Albright plays:

Collins remembers writing “One More Night” was done very quickly. He was playing around with his drum machine when he started saying the chorus of the song. That chorus grew to a full-length song. The song captures the pain of someone going through yet one more night without his love.

You can watch the full live version of the song with the sax solo starting at 3:46 played by Gerald Albright:

The official music video shows Collins playing the piano in a bar in London. It was a pub owned by Richard Branson at the time. Phil’s guitarist Daryl Stuermer makes an appearance, as does Phenix Horns member Don Myrick, who plays the sax solo which closes the song beautifully.

More about the “One More Night”:

Phil Collins (1951) is an English drummer, singer, songwriter and producer, best known as the drummer/singer of the rock band Genesis and for his very successful solo career. Between 1982 and 1990, Collins scored 3 UK and 7 US No. 1 singles in his solo career and in his full career with Genesis and collaborations with other artists, he has had more US Top 40 singles than any other artist during the 1980’s. His most well-known and successful solo songs have been “Against All Odds (Take a Look at Me Now)”, “In the Air Tonight”, “Sussudio”, “One More Night”, “Two Hearts”, “Take Me Home”, “Easy Lover”, “I Wish It Would Rain Down” and “Another Day in Paradise”.

Phil Collins was born and raised in London and started playing drums at the age of 5. He went to drama school and pursued a music career. He joined Genesis in 1970 as their drummer and became lead singer in 1975 after Peter Gabriel left the group. In the 1980’s Collins pursued a solo career and released a series of successful albums, including “Face Value”, “No Jacket Required” and “…But Seriously”.

In 1996 Collins left Genesis to focus on his solo career. This included working on the soundtrack for Disney’s “Tarzan”, for which he received an Oscar for Best Original Song for “You’ll Be In My Heart”.

Phil Collins has sold an estimate of 150 million albums worldwide, making him one of the world’s best-selling artists. He is one of only 3 recording artists, along with Paul McCartney and Michael Jackson, who have sold over 100 million records worldwide both as solo artists and principal members of a band. He has won 8 Grammy Awards, 6 Brit Awards, 2 Golden Globe Awards, 1 Academy Award and a Disney Legend Award and International Achievement Award. He has received a star on the Hollywood Walk of Fame in 1999 and was inducted into the Songwriters Hall of Fame in 2003 and the Rock and Roll Hall of Fame as a member of Genesis in 2010.

Gerald Albright (1957) is an American jazz saxophonist. He was born and grew up in Los Angeles and began music lessons at an early age. He was given a saxophone, after which his love of music picked up. He also started playing bass guitar after he saw Louis Johnson in concert. Albright plays a signature series model of saxophone made by Cannonball Musical Instruments. He usually uses the “Fat Neck” with the octave vent tube on the bottom of the neck, a design similar to some vintage Conn 6M models.

In the 1980’s, Albright worked as a studio musician for Anita Baker, Ray Parker Jr., Olivia Newton-John and The Temptations. He joined Patrice Rushen and played saxophone and bass in his band. He also began touring Europe with drummer Alphonse Mouzon. He has toured with Anita Baker, Phil Collins (he was in Collin’s 2002 “First Farewell” tour), Johnny Hallyday, Whitney Houston, Quincy Jones, Jeff Lorber and Teena Marie.

Albright has appeared in the television programs “A Different World”, “Melrose Place” and jazz segments for “Black Entertainment Television”. He was one of ten saxophonists to perform at the inauguration of president Bill Clinton. Albright has released 16 studio albums and 1 live album. He has received 8 Grammy nominations.