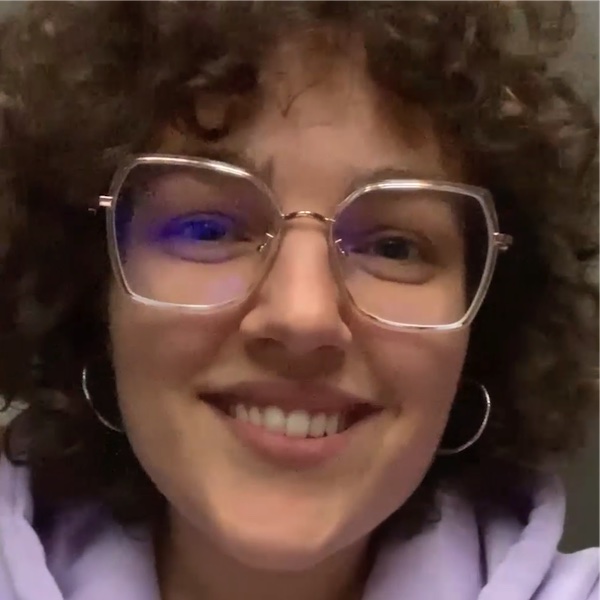 Marta: “My name is Marta and I come from Italy. My GoosebumpMoment is the Prelude of the third act of “Traviata”, which is an opera by Giuseppe Verdi, a famous composer of Italy. I’m so attached, I share a deep bond with this opera because my grandma always made me listen to it when I was a little girl and so every time the music starts playing I… I don’t know… I get chills and it is so beautiful, so deep, so passionate and I think the video I’m referring in particular is so well made and you can feel the passion the director is putting in that piece of music. So, I love it so much and I hope you will love it too. Bye!”

“La Traviata”, one of Verdi’s most loved works

“La Traviata” has become one of Giuseppe Verdi’s most performed and best loved works. The Prelude, with which the opera opens, offers a fine example of Verdi’s delicacy of scoring and genuine imagination in his writing for the theatre.

During Verdi’s life, “La Traviata” was one of the most performed operas, and has continued to exist to this day. This is the story of a “traviata” woman, lost and aimless, at least for the narrow moral of that time.

The history of “La Traviata”

“La Traviata” is an opera by Giuseppe Verdi that consists of three acts and that deals with two universal themes: love and death. The play, which has become a classic, is inspired by Alexandre Dumas’s Lady of the Camellias (1848) and was premiered for the first time at the La Fenice Theater in Venice in 1853.

Violetta Válery is the protagonist of the play, a young woman in love with Alfredo Gemont, suffering from tuberculosis. She tries to get away from Alfredo but he shows her his sincere love and they will live together in a country house on the outskirts of Paris. Violetta will sacrifice herself to save her lover’s honor, ruining herself and even giving up her life.

The characters move in a luxurious environment and hide behind the values embodied by the 19th century bourgeoisie, which will bring out their lowest and most cruel feelings. Finally only Violetta can be enthroned as the heroine of this dramatic story in which she ends up meeting death. Violetta dies surrounded by her loved ones.

Although the play’s premiere was a total failure, including public mockery, the play was revised and re-presented at the San Benedetto Theater in Venice in 1854 with overwhelming public and critical success. It was premiered in Barcelona for the first time at the “Gran Teatre del Lieceu”! in October 1855.

What had inspired Verdi to write this story?

Verdi was widowed very young, and shortly before his wife died, his two children, a boy and a girl, had died as well. This left him in a deep depression, but little by little he managed to get out thanks to his work.

A few years later he met an opera diva Giuseppina Strepponi, and they began a relationship that would last until her death, after more than fifty years together.

Who was Giuseppe Verdi?

Giuseppe Verdi was the most notable composer of Italian Romanticism. The operas he composed were able to mark a before and after in the history of this theatrical musical genre.

In all his masterful creations, Verdi exposes his involvement with the romantic movement of which he was a great exponent and great cultist. It breaks with the classical tradition and the stereotypes and it is proposed above all things to give priority to the feelings, this proposal is also seen in the productions of Verdi.

Verdi was born in the town of Busseto, belonging to the province of Parma, on October 10, 1813 and from an early age he showed inclinations for music and then, taking into account his interest and talent, he took music classes from a young age. In his hometown he stood out as the organist of the Church.

Rigoletto, La Traviata, Il Trovatore, Otello and Aida are some of his most acclaimed operas.

The diffusion of these and many other titles of his authorship achieved immediate success and of course their diffusion throughout the world was fantastic. To this day they are represented and the figure and genius of Verdi remain as valid as in the 19th century in which he knew how to shine.