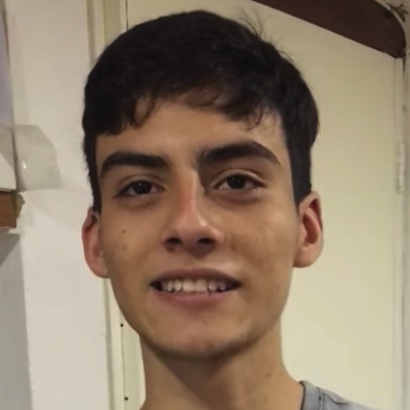 The song "Act a Fool"

Juan Daniel: “Hi, what’s up, I am Juan Daniel from Colombia. Right now I live in Bogota. A song that I quite like is the “Act a Fool” (Anbroski) remix. It really gives me goosebumps because it has some very crazy rhythms that make you feel very strong. It gives you that encouragement you need and it has some highs that give me the motivation to train and to exercise and be calm at home. It’s quite good, I highly recommend it.”
(<<)

“Act a Fool”, a song to fill you up with energy

The power behind certain songs can not only make many feel good, it can also help people to be more productive, to be more engaged in what they do and to feel more motivated. Some rhythms naturally express a sense of power that can be “contagious” and have a similar effect on the listener.

Such is the case of the remix that Dj Anbroski made with the song “Act a Fool” performed a capella by rapper Lil’ Jon in collaboration with the rap group Three 6 Mafia in 2006. This theme of the crunk musical genre, which mix the rap and electro music, also combines rhythms from Vestige’s trap “Elephant”. “Act a Fool” explores the world of the street, partying and having a good time, without any kind of censorship or euphemisms.

More about “Act a Fool”:

Lil’ Jon, the pioneer of Crunk

His musical beginnings date back to 1996, when he teamed up with Big Sam and Lil’ Bo, a duo who called themselves “East Side Boyz”, to create “Get Crunk, Who U Wit: Da Album”, which became an anthem in all clubs in Atlanta, and a couple of years later, across the south of the USA.

Curiously, Lil’ Jon only has the album called “Crunk Rock” and has released various singles such as “Act a Fool”, “I do”, “Hey” among many others, but always with collaborations from various artists such as 3OH! 3, Three 6 Mafia and more.

In January 2014, Jon collaborated with French Disc Jockey DJ Snake to craft “Turn Down for What”, which quickly became a worldwide hit, reaching the top of many sales charts.

The rap group Three 6 Mafia, made up of Paul Beauregard (DJ Paul), Jordan Houston (Juicy J), Lord Infamous and Crunchy Black, was first created in Memphis, Tennessee. Three 6 Mafia, formed in 1991, is also recognized for making history in 2006 for being the first African American hip-hop group to win an Oscar for best original song with “It’s Hard out Here for a Pimp”, co-written by Hypnotize Minds artist Frayser Boy and the Hustle & Flow.

The group began to appear on the charts in the mid-2000s, with the singles “Stay Fly” and “Poppin My Collar”, from their LP “Most Known Unknown”. Released in 2005, the album would become the band’s best-selling album, reaching number 3 on the Billboard charts.

In 2012 the group formally announced that they would be taking an indefinite pause, following the decision of the co-founder Juicy J to focus on his career, with which he obtained a second success with the single “Bandz A Make Her Dance”, as well as some collaborations with Katy Perry and Justin Timberlake and a couple of albums on “Stay Trippy” and “Rubba Band Business”.

At the same time, DJ Paul also participated in a variety of solo and remix projects, but later called several original members of Three 6, for a new group by the name Da Mafia 6ix, which produced the album “Watch What U Wish” in 2015.

However, after the death of two of its members, Lord Infamous and Koopsta Knicca, Gangsta Boo’s separation from the group, and Crunchy Black’s arrest for drug possession and a domestic violence charge, group leaders DJ Paul and Juicy J announced in 2019 that they would revive Three 6 Mafia and reunite to perform together for the first time in several years, which became a resounding success.

Three 6 Mafia, who have sold more than 5 million albums, have been characterized by lyrics loaded with murder with extreme violence, rape, death, mental disorders, paranoia, hatred of the police, gangster life, and even Satanism. Today, the group has been replacing that discourse with topics such as: women, parties, luxury cars, money, and jewelry.