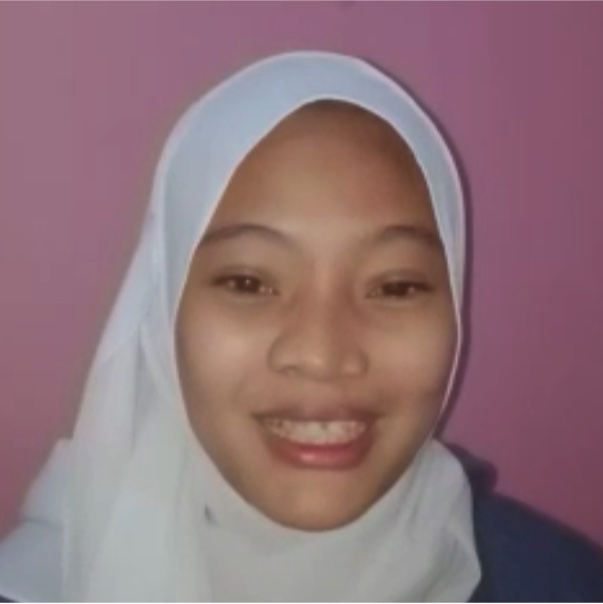 Miftahunnazah: “Hi, my name is Miftahunnazah. I will tell you about a goosebump moment I felt when I watched the official music video “Lathi” by Weird Genius feat. Sara Fajira that was released in March 2020. This video is so stunning. It did not take long for the video to go viral all around Indonesia and some other countries too. If you watch it, I guarantee you that you will agree. The video contains mixes of traditional Javanese culture and a modern concept. It brings shivers and goosebumps to everyone who hears it. The lyrics are deep as well. They tell about a toxic relationship a person had. What I admire the most about this video, is that it shows Indonesian culture despite the modern world nowadays. They blended so well in the video. I think there should be more videos like this. It definitely brings goosebumps to the young generation like me. Thank you.”

“Lathi”, a mix of traditional Indonesian and electronic music

“Lathi”, the song by Weird Genius with Sara Fajira that was released in March 2020, has great cultural significance and is a tribute to traditional Indonesian rhythms; especially Javanese instruments, as well as dances and even traditional puppets from this country.

The fusion of electronic music with the sound of gamelán, an Indonesian music ensemble made up of percussion instruments such as metallophones and hand-played drums called “kendhang” captured the attention of an audience worldwide by giving a different nuance to the music scene of Indonesia.

Featuring English as well as Javanese lyrics inspired by ancient Javanese proverbs, this song chronicles the dark side of a relationship and how a person can have the courage to deal with it.

The official video shows a girl swaying sweetly and innocently to the beat of the song, and then dramatically transforming herself into a demonic and possessed being.

“Lathi” has not only been the most popular album in Southeast Asia, but it also reached number 1 on the main Spotify chart in Indonesia and took second place on the Global Viral 50 chart in May 2020, beating singers like Justin Bieber and Ariana Grande.

As if it were not enough to reach the top of the global Spotify charts, it was also a viral phenomenon in May 2020. The challenge called #Lathichallenge helped boost the popularity of this song on TikTok. The challenge was popularized by young Indonesian-based beauty vlogger Jharna Bhagwani, who transforms her makeup look from gorgeous to terrifying.

The song “Lathi” is so phenomenal that it received a Google award for being the most searched throughout 2020. It also generated more than 330 million video views, 500 million videos on TikTok and won the “Song of the year” at the Indonesian Music Awards (AMI).

Many Weird Genius fans were proud of the fusion of modern rhythms and sounds from Javanese culture featured on this album.

Founded in 2016, the Weird Genius group is made up of Reza Oktovian, Eka Gustiwana and Gerald Liu. They released their first song in 2017 with the title “DPS”.

This Electronic Dance Music trio, from Jakarta-Indonesia, is a household name for anyone with a TikTok account, after bursting onto the scene in a big way in 2020 thanks to their song “Lathi,” with which they amassed more than 200 million views. They have performed at various events such as the Viral Fest in Bangkok, the SHVR festival in Jakarta, the YouTube FanFest in Indonesia and Soundrenaline in Bali, as well as participating in the opening act of the concerts of the American electronic duo The Chainsmokers and Yellow Claw of Netherland in Jakarta in 2018.

Together with the Yellow Claw duo from Amsterdam and Reikko, they released the pop-dance hit “Hush”.

They also collaborated with Riot Games to release a song called “All In”, alongside singer-songwriter Tabitha Nauser, to celebrate the launch of the game League of Legends: Wild Rift.

This year they started with the release of “Last Summer”, a collaboration with Tokyo Machine with Lights through Monstercat and they are set to launch a wave of new music through the American record label Astralwerks, mainly focused on electronic and dance music under Universal Music Group. Astralwerks has been a pioneer in the electronic music scene for bringing and cultivating the likes of Alison Wonderland, The Chemical Brothers, Eden, Gorgon City, Marshmello, and more. Weird Genius is the first Asian group to sign with the record label. As artists, they continue to evolve and explore diversity in music production.