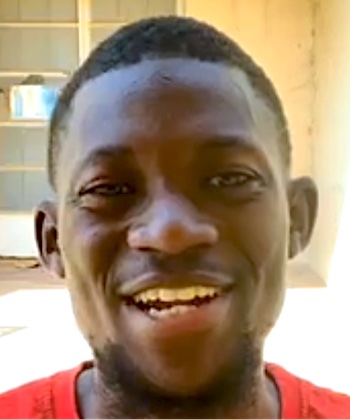 “I am Abdulraheem and I come from Guinea Bissau. My goosebump moment was when the African Grammy winner Wizkid released one of his single-tracks titled “Mummy mi”. Wizkid dedicates this track to all mothers across the world as he titles the track – “Mummy Mi” as he sings praise to his mother and the joy she brought to him. Wizkid’s album is the most anticipated album of the year. This is Wizkid 4th track on “Ayo” (the album), the track is named, “Mummy Mi”. I was so excited and happy. The sensational moments and joy this track brings to me. I sing this music mostly every time to appreciate my mum just like Wizkid does. I love my mummy and my prayer to her is enjoying the fruit of her labor. Wizkid is the hottest musician ever. I love this track so much like “Mummy mi”.”

A worthy song for our mothers

Wizkid is a Nigerian singer known as the king of Afrobeats, a musical style that mixes traditional African rhythms with hip-hop, trap, dancehall and even house.

His real name is Ayodeji Ibrahim Balogun, and one of his favorite songs for his fans is “Mummy Mi”, from the album “Ayo”, released in 2014. It is a track full of African energy with lyrics addressed to all mothers. “I’ll buy you a Ferrari”, “I’ll love you forever”, “I’ll be there for you”, “I’ll do anything for you”; without a doubt a song with lyrics worthy of our mothers. This album features the participation of Akon, Tyga, Wale, Seyi Shay, Banky W and Femi Kuti.

Wizkid started his singing career at the tender age of 11 when he recorded his first song with one of Nigeria’s famous music icons, OJB Jezreel. He then recorded a 7-track album, which he released at his church in Lagos, under the name Lil’ Prinz. This was just one season that earned him a lot of encouragement and recognition from his family, his church and other artistes.

Years later in 2006, with a new stage name and a passion for making music, Wizkid returned to the studio to hone his craft. He continued to develop as a singer and songwriter working with some of Nigeria’s biggest musical names such as OJB Jezreel, Naeto C, Ikechukwu and many others.

Over the next few years, his talent as a singer and songwriter became evident and resulted in Wiz appearing prominently alongside some of the biggest artists in the Nigerian music industry to critical and commercial success.

Before finally settling for the stage name Wizkid, he performed using other names such as “Glorious Five” as well as “Lil’ Prinz”. While using the Lil’ Prinz name, he was able to record an album with 7 tracks. Internationally, he has worked with Drake, Chris Brown, Trey Songz, French Montana, Kranium, Ty Dolla $ign, etc.

In 2016, Wizkid became the first Nigerian artist to appear on Billboard’s latest 24-hour chart on Twitter after his guest feature on infrobeat Drake. A dance single, which appeared at number 21. In May, the song had reached number one on the Billboard Hot 100 chart, a position it held for 10 non-consecutive weeks.

It didn’t stop there, as the song became an international hit, topping the charts in 15 different countries, including the UK, Canada, Australia, France and Germany.