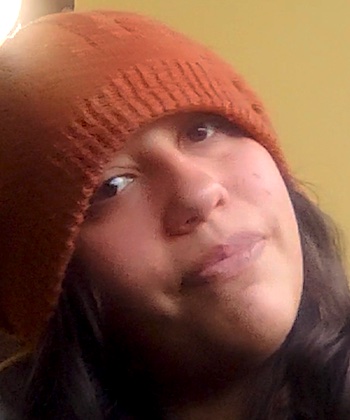 The song “Oh my God”

The song “Oh my God” by Adele – Mary’s goosebump moment

“Hi, I am Mary. I am from St. Vincent and the Grenadines. Well, my goosebump moment was when I first heard the new Adele album song “Oh my God”, on which she tries to tell a story, even making Spotify deactivate some of its features! For that and more Adele is my favorite singer of all, and second, I really like how she embraces her feminine power and encourages women to be fearless! It made me feel so powerful and empowered and that is something Adele always manages to achieve!”

A song of desire and fun

When the album 30 was released at the end of November last year, the song “Oh My God” became the second most listened to song of the project. It debuted at #5 on the Billboard song chart and is the most popular track on the album, second only to “Easy on Me.”

The song is produced and co-written by American Greg Kurstin and is one of the few songs that is approximately three minutes long. It has elements of R&B in it and moves away from the melancholy that other tracks on the album have.

The lyrics are also refreshing because they talk about how much fun it is to flirt again after a love disappointment and a failed marriage. The expression “Oh my God” is used in the context of feeling desire and attraction for another person again.

In several interviews Adele says that the idea of making “Oh My God” came when she started dating after the depression caused by her separation. Precisely those elements can be seen in the official video where she is surrounded by people touching, kissing, dancing, and having fun.

The energy and movement of the video

Adele’s struggles to get through a divorce, even after feeling ready to date again, are very identifiable. But in “Oh, My God” she makes it all seem so empowering.

This is reflected not only in the lyrics, but in the song’s music video, released in January this year and reuniting Adele with director Sam Brown.

Brown’s proposal has some meanings in elements that were specially placed for that purpose in the production, presented in black and white.

Theatricality and artistry were an important part of the video and special attention was paid to the choreography of the dancers thanks to the work of Megan Lawson, who has also overseen supervising Madonna. The narration of the dance also tells a story, as there is a transition that ends in a more contemporary style with a kind of rave, with several people moving at the same time.

Female empowerment has taken great strength in many parts of the world. The stereotypes that for years have marked the lives of women are now disappearing.

In that sense, the singer Adele has achieved worldwide recognition for her career thanks to the lyrics of her songs and, of course, her powerful voice. Additionally, she has achieved public acceptance of the decisions she makes about her body.

But besides that, she has given voice and lyrics to those feelings that we cannot express. Adele has started another stage and is completely unstoppable. She is a diva, a reference woman, an international pop artist and, although she already had her fans completely conquered, she has reaffirmed herself with her latest songs, such as “Oh my God” or “Easy on Me”.

More about the song “Oh my God” by Adele: