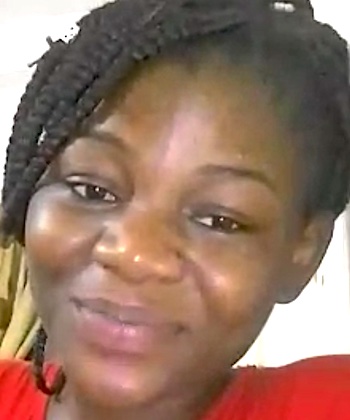 Solange: “Hello, I am from Burkina Faso. My goosebump moment was the day that I saw the performance of a three years old kid at Got Talent Global. This is unbelievable and incredible, wow! A three years old boy that can master the art of mixing! He was born super talented. So, parents need to watch their children and encourage their interest. Children are gifts on many levels. So, God bless the child who amazed me so much. I have never seen anything like this in my life, great performance. So, thank very much and God bless him!”

A small celebrity in electronic music

DJ Arch Jnr was only three years old when he won South Africa’s Got Talent in 2015. He also has his name etched in the Guinness Book of World Records as the youngest club DJ in history.

Although at the time, he was still in diapers and had barely begun to speak, he became a celebrity in the world of electronic music and an internet sensation.

The little boy, named Oratilwe Hlongwane, is known above all for his way of changing and shaking genres such as house music and Gqom, as well as some 80’s pop classics.

The story behind the boy DJ

Perhaps Oratilwe Hlongwane was predestined for the world of music. His father, Glen Hlongwane, bought an iPad before he was born and filled it with educational apps to boost the boy’s education, he told AP. At the same time, Hlongwane downloaded a DJing app for himself, which the boy began playing with when he was just over a year old.

The father, who is a gym teacher and aspiring DJ, also has his own turntable for mixing sounds. One day he got tired of playing with it and walked away from the device, although he left it running.

“When I was watching TV, I did not notice that AJ actually went to my device and started DJing. I heard the music change, and I went to check, and it was him, playing with the sound mixer,” Glen Hlongwane recounted in an interview with CCTV Africa.

The boy, who until then only played with the app on the iPad, had learned how to operate the mixer or turntables on his own and already had a sense of tempos and how to achieve sounds. The proud father had the idea to film the little boy and upload the video to YouTube, where it became a hit.

DJ Arch Jnr on Got Talent

The little DJ, who broke the Guinness World Record by becoming the world’s youngest DJ, became extremely popular in his home country after winning South Africa’s Got Talent contest in 2015, when he was only 3 years old. He won $35,000.

After winning the contest, the boy participated in Britain’s Got Talent, China’s Got Talent, America’s Got Talent, where he was cheered by Cowell, Mel B, Howie Mandel, and Heidi Klum; and Saudi Arabia’s Got Talent. He also won the Global Child Prodigy award in January 2020 in the DJ category. He is also among the TOP 100 child prodigies in the world.

His mother, Refiloe Marumo, attributes his amazing success on the decks to the decision of his father, Glen Hlongwane, to buy an iPad for his then unborn son.

One Comments "DJ Arch Jnr, the kid who caused a sensation in South Africa"