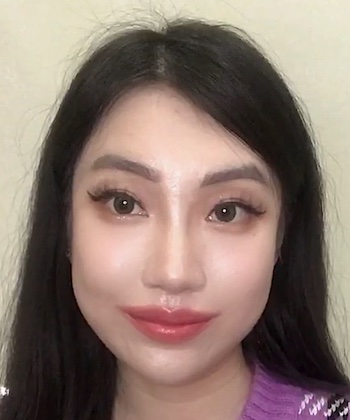 The song "PTSD" by G Herbo

“Hello! I am Misa and I am from China. My goosebump moment was in 2020 back in the summer when I was walking back home and all of a sudden, a song called “PTSD” just popped out. It was such an inspirational song, it made me realize no matter how hard our life was, still we can achieve and be positive as much as we can. I was literally shocked and got goosebumps while I listened to the song. It is not only such an amazing, but also extraordinary concept and nowadays it still guides me towards my journey.”

“PTSD” is the third studio album by American rapper G Herbo released in 2020 by Machine Entertainment Group and Epic Records, which became his first top ten entry on the Billboard 200. The album received positive reviews and was a commercial success, earning 59,000 album-equivalent units in its first week.

This album comes after the artist was clinically diagnosed with post-traumatic stress disorder. G Herbo said that the album was inspired by the therapy he took after being arrested in 2018.

The rapper also said that he wanted the album to raise awareness of the mental issues experienced by many people raised in neighborhoods with a high crime rate.

The inspiration behind the album

The connection that G Herbo demonstrates with his fans is very special, because he leaves his mark on Hip Hop and a very motivating message with his legacy. “PTSD” is precisely one of the albums where the essence of the rapper reaches us from the first minute to the last.

The rapper revealed that he was clinically diagnosed with PTSD after years and years of being on the streets and watching his friends die and being paranoid, having to carry guns and having survival instincts.

However, his third album, recorded mostly in Chicado, allowed him to share his problem, not only because of his situation, but to help people and other children. “Because many times, they don’t know if they are suffering from it, in the same way that I did”, he says.

“You behave a certain way and you live your life a certain way because of these obstacles that you’ve been through, and we don’t really see it as a mental illness or any illness really . We are paranoid all the time and we have to carry a gun to go to the supermarket. Just reliving these traumatic events affects your day to day,” G Herbo said in an interview with Rolling Stone.

Who is G Herbo?

He attended Hyde Park Academy High School until he dropped out at sixteen to focus on his music career. A year later, G Herbo’s debut song “Kill S***” was making it big on YouTube with over forty-two million views with his friend Lil Bibby.

They quickly caught the attention of Canadian rapper Drake and on February 17, 2012, G Herbo released his first mixtape, “Welcome to Fazoland”, named after Fazon Robinson, one of Herbo’s childhood friends who tragically died in Chicago.

It was a critical success that led to collaborations with other rap stars like Nicki Minaj and Common. Five mixtapes, four studio albums, and two extended tracks followed.