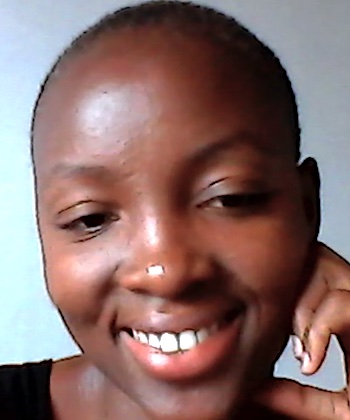 The song "Solitude" by Lila Iké

“Hello! My name is Gofaone and I am from Cote D’ Ivoire. My goosebump moment was when I first heard Lila Ike’s song, “Solitude”. It is about her talking about peace, peace of mind. That is actually the first line. She is talking about how lovely it is to just be on your own, no gadgets, nothing. Well, I can relate to it because everybody does want peace of mind and that is what she got. That is what the whole video is about, the scene, the scenery, the background, everything in the video. Yeah. So, it is a relatable video. It makes you feel that sense of peace that she talks about. That is it.”

A sound experience of love and life

“Solitude” is the second single from the 7-track EP, “The ExPerience”, by Jamaican reggae singer Lila Iké. It debuted on May 15, 2020. The artist lists this song as her favorite from the album and it has more meaning than the others, as it connects with her on a spiritual and emotional level.

This song, which she describes as neo-soul in the style of Lauryn Hill, is the most important one of the seven songs on her debut EP “The ExPerience”, as it was the first guitar she composed with a special one given to her for her birthday.

The “ExPerience”, her first EP

Protected by veteran singjay Protoje, who did not hesitate to sign her to his label In.Digg.Nation (distributed by RCA Records), the 27-year-old Jamaican singer-songwriter managed to release her first EP entitled “The ExPerience”.

The title perfectly defines this 7-song project, in which we find a lot of reggae, nuances of soul, doses of dancehall and some hip-hop. Among the producers, the presence of Izy Beats stands out, the man behind Koffee’s banger “Toast”.

The revival of women’s reggae

Lila Iké, or Alecia Gray, her real name, is a young and talented singer from Kingston, Jamaica. She is considered one of the new faces of reggae in her country.

Coming from a matriarchal family, made up of her mother and three other sisters, she began posting music on Spotify in 2016, shortly after finishing school in her hometown. Today Lila Iké presents herself as a champion of female reggae.

The origin of her stage name is full of meaning that refer to childhood and ancestry. Lila is a nickname given to her as a child and is a derivation of her Christian name, Alecia. Ya Iké is short for Ikechukwu, an Igbo word, spoken in Nigeria, which means ‘power of God’ or ‘God is mighty’.

In 2015, Lila Iké moved to Kingston with the intention of finishing her studies to become a professor at the Northern Caribbean University in Mandeville. However, due to financial problems, she had to abandon the idea, so she decided to give her music career a chance. In the city, she met the one who saw everything she could achieve in her: Protoje.

Her move to the Jamaican capital not only gave her that once-in-a-lifetime opportunity where she got to meet the people who would influence her to be who she always wanted to be, it also made her curious to learn new things and develop in other aspects which transformed her as an artist.