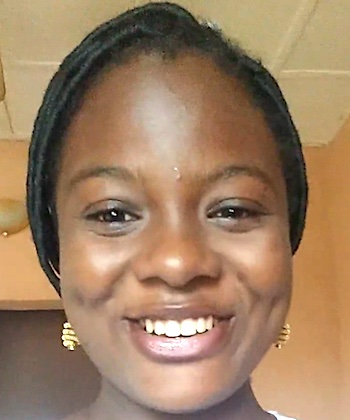 The song “See you again”

Eniola: “Hello, I am from Nigeria. My goosebump moment was the first time I listened to “See you again” by Wiz Khalifa ft. Charlie Puth. Being a tribute to Paul Walker, the lyrics speak about the reality of losing a loved one as seen in the first line: “It’s been a long day without you my friend”. But even more, it describes hopefully, a future that is part of my belief system. Having lost a loved one at a tender age, listening to and singing this song fills me with a rush of emotions. The feeling of hope stands out in the lyrics as in: “And I will tell you all about it when I see you again”. That line gives me goosebumps as the song serves as a reminder to cherish the moments spent with our late loved ones and keep believing that someday we will see them again.”

A tribute to actor Paul Walker

“See you again” is a single by Wiz Khalifa with Charlie Puth and is part of the soundtrack of the movie “Furious 7” (2015), where it appears in its final part as a tribute to Paul Walker, who died in a car accident on November 30, 2013.

This song broke all records on Spotify and reached number 1 on the streaming music app’s global chart with more than 4.2 million listens in a single day. In addition, in the week of its release, the song debuted at number 100 on Billboard’s Hot 100 chart, due to its sales of 25,000 digital copies.

Charlie Puth was the first to be called upon by Atlantic Records to create a tune that would pay tribute to the late Paul Walker in “Furious 7” during his short stay in Los Angeles. He, along with 50 other composers, were asked to submit suggestions for the film’s accompanying soundtrack.

Ido and Justin Franks settled on a simple lyrical idea, that the singer would lose his friend during an eventful time. After receiving an overwhelmingly positive reception from the filmmakers at Universal Pictures and the Atlantic Records label for the soundtrack, the unfinished song was titled “See You Again”. It was further commissioned to Puth and Wiz Khalifa to include verses about family around Puth’s voice and piano. The song then went through an extensive note-giving and production process.

In writing the song, Puth said he was thinking about a friend who also died suddenly. While reluctant to reveal too many details, he said the tragedy also involved a car accident and that he felt his late friend’s presence in the studio that day while holding the belief that they might someday communicate again.

In the film, the song plays in the finale when “Furious 7” characters Brian O’Conner and Dominic Toretto drive their cars on a mountain road and go their separate ways when they reach a fork in the road, giving Brian a poignant farewell to be live with his wife and raise a family.

The most watched video

Wiz Khalifa premiered the lyric video on March 9, 2015. The video shows a car driving through some streets at night, to which thanks to the illumination of the lights the lyrics of the song are appearing. This video was hidden from Khalifa’s account at the time the official video was released, so only those who have the link can see it.

The official video was first featured on April 5 on actor Vin Diesel’s Facebook account, while the premiere of the official video for “See You Again” on Khalifa’s YouTube account was on April 6, adding as a caption the phrase: “Paul, this weekend the world became a family…. Thanks for the love”.

In the music video, Khalifa takes to the hills to perform his rap while Charlie Puth sings his verses and plays the piano. Some of Walker’s scenes from Furious 7 appear throughout the video.

It is currently the second most viewed music video in the history of the platform with a total of 4,947,000,000 views, below “Despacito”, a song by Puerto Ricans Luis Fonsi and Daddy Yankee, who have held the first position in the ranking since August 4, 2017.

More about the song “See you again”: