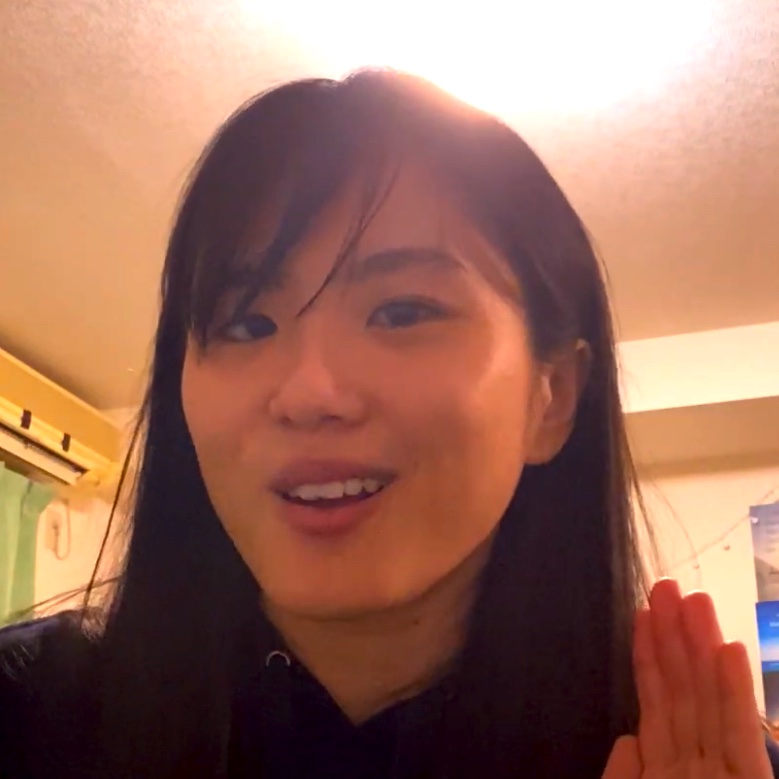 "What Other People Say"

Cassandra: “Hi everyone, I’m Cassandra and I’m from Singapore. My goosebump moment was when I first heard the song “What Other People Say” by Demi Lovato and Sam Fischer. Every lyric in that song just hits every nerve in my body. It’s so relatable and so impactful, especially in the world we’re living in today where social media dominates all of our lives. Strangers can just say whatever they want to say, and we just take it in without even realizing sometimes that it impacts us. It changes who we really are because we want to please these people. And for some people like me, it scares me to put myself out there just because of what other people may say. But this song reminds me that we don’t have to care about what other people say. Just the ones that matter. Just the people that matter. I have been listening to this song every day since it got released and I still cry sometimes when I sing it. So this is my goosebump moment.”

“What other people say” by Demi Lovato and Sam Fischer: A lesson on self-love

The song “What Other People Say” by Demi Lovato and Sam Fischer is all about getting free from caring too much about what other people say. It is about the fact that it is worth it to make mistakes, it is worth it to fight for our dreams, owning our lives and freeing ourselves from the weight of pleasing others. The emotional lyrics of the song couldn’t give a clearer message: live your own life no matter what others say.

“What Other People Say” is one of Lovato’s most autobiographical and sincere songs, sharing her message with everyone who listens to it right in those moments when it seems that everything falls apart and you think you won’t be capable of anything.

After a dark moment in her life, in which she acknowledged having mental problems and even taking drugs, Demi Lovato has focused on everything that has progressed since then with the premiere of the song “What Other People Say”, in the company of singer Sam Fischer. This pop ballad with strong and powerful lyrics was written by Sam Fischer with the idea of ​​making a duet to interpret it.

The official video clip for “What Other People Say”, released on February 16, 2021, was directed by Dano Cerny, and shows Sam and Demi inside a train car living their own lives, but with the feeling of being accompanied in that process of introspection and loneliness. The images faithfully represent what the lyrics seek to convey: that feeling of being alone and not wanting to disappoint people. The duo takes on two different lives and perspectives but is ultimately united.

The Australian singer specified that this song is a confession in which he reveals how the pressures of society force you to make an effort to please others and how getting caught up in the wrong things can change your true essence. Demi Lovato agreed on the meaning of losing herself by fitting into a social pattern and said she agreed to do this collaboration with Fischer because they are two humans who came together to find solutions to their problems.

Demi Lovato, 28, is an American singer and actrice and was born in Albuqueque, New Mexico in 1992. She began her acting career at the age of 11 when she participated in the television fiction “Barney & Friends” and in 2007 she started working for Disney in the series “As The Bell Rings”.

Her big break came in 2008, when she became a star with the movie “Camp Rock”, co-starring the Jonas Brothers. After the success of the film, Demi starred in her own Disney series: “Sunny among the stars” and she worked on more movies, such as “Camp Rock 2” and “Princess Protection Program”.

That same year, the artist dabbled in music. As a result of the premiere of “Camp Rock”, she performed four of the songs from the album that accompanied the film. Making her way into her musical side, she also released her first studio album: “Don’t Forget”, which reached second place on the ‘Billboard 200’ list.

Thanks to this album and five more works, Demi managed to appear up to eight times on the ‘Billboard Hot 100’ list and she won an MTV Video Music Award, 5 People’s Choice Award and 2 Grammy Award nominations.

Despite her success, not everything has been positive. Lovato has suffered from the dark side of fame and through music she has given visibility to her own conflicts related to her drug addiction and eating disorders that left her on the brink of death and away from the stage for much of her career. This was revealed in 2018, with the lyrics of her song “Sober”, with which she apologized to her family and the public for having relapsed into her addictions. Instead of hiding, she took responsibility for her actions and hasn’t hesitated to speak openly about her problems, becoming a reference for those who also face the same situation.

Lovato proved it with the release of her song “I love me”, in which, after overcoming her overdose episodes, she spoke about her anxiety, but at the same time about confidence, self-esteem, the pressure of fame, aesthetic canons and dietetics of society and how a woman can overcome that. After her collaboration with Sam Fischer, her fans are waiting for the release date of her seventh solo musical project, which is bringing her back to music after a stormy period in her career.

Sam Fischer, who was born just outside of Sydney, Australia, in 1991, has been passionate about music since he was a child. He learned to play the violin first, then the saxophone, and at 12 he began to compose songs himself. His artistic training began at the prestigious Berklee College of Music in Boston, in which he participated in an a cappella group. After graduating in 2014, he moved to Los Angeles to pursue his dream.

He participated in the local scene and did some backing vocals for the group Holychild. At the same time that he wrote songs for world pop superstars such as Demi Lovato, Clean Bandit, Ciara, Sabrina Claudio, Jennifer Hudson and Andy Grammer, while opening space as a performer.

It was in May 2016 that the Australian singer-songwriter debuted with the release of his first single “Lean”. The following year he released “Same Friends”, a single with which he had moderate success, followed by “Getting Older”. In 2019, Sam Fischer gained recognition after collaborating with Black Saint on the hit “Everybody wants you”, which later turned into a dance challenge. He signed a contract with RCA Records and released a new version of his single “This City”, a song that quickly went viral on the TikTok platform.

Thanks to this, at the beginning of 2020 he re-released his debut EP “Not A Hobby”, which received more than 50 million streams, placing it on viral charts on different platforms. The success of “This City” was so great that several remixes soon came out, including one with Camilo and another with Anne-Marie. All of these were compiled on the EP “These Cities”, released in July 2020.