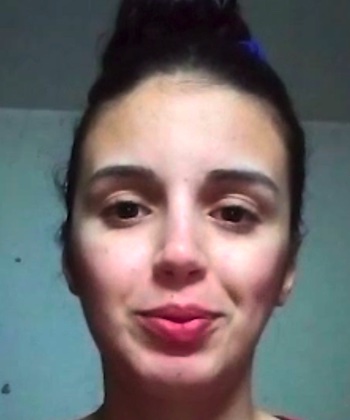 “Hello, I’m from Lebanon. My goosebump moment goes back to 2016. I was in Morocco visiting some relatives, and I heard there was a Christina Aguilera concert there, so I got a ticket. I couldn’t believe I would finally get to see her in person, and I mean, the concert was amazing. It was energetic, it was emotional, it was exceptional. I mean, I never thought I would go to a concert of Christina Aguilera, one of the best singers in her generation, and I felt so emotional especially when she sang “The voice within”, one of my favorite songs. And I mean, it was one of the happiest days of my life and a dream come true.”

American pop star Christina Aguilera performed at the 2016 Mawazine music festival in Morocco. The singer was honored to have been invited to perform at the Mawazine Festival and explore this beautiful country. This annual festival, which is held in the capital Rabat, began in 2001 and has been attended by over two million attendees.

Thanks to her hits that have sold more than 50 million records worldwide, Christina Aguilera is one of the world’s best-known singers. Her first album was released in 1999 and sold 16 million records. This album contained her famous single, “Genie in a Bottle”, number one in many countries. The singer has produced many successful albums and has collaborated with famous artists such as Andrea Bocelli, Elton John and Mick Jagger.

Aguilera, who was performing at the festival alongside the likes of Rihanna, Mariah Carey and Jennifer Lopez, was seen by approximately 250,000 people, surpassing the mark Lopez set in 2015 with 160,000 attendees.

The singer dazzled the crowd in a red jumpsuit ensemble, complete with long pants, a billowing cape and wavy hair. She even used a red microphone.

Who is Christina Aguilera?

Singer and songwriter Christina Aguilera was born in 1980 in Staten Island, New York. Aguilera began her career as a cast member of “The All New Mickey Mouse Club”. She quickly rose to stardom after the release of her hit single “Genie in a Bottle,” which earned her a Grammy Award for Best New Artist.

Other hits include “What a Girl Wants,” “Come on Over Baby,” “Lady Marmalade” and “Dirrty.” In recent years, Aguilera has served as a coach and mentor on the singing competition show “The Voice”.

She is also considered one of the artists responsible for reviving teen pop in the late 1990s and adding her vocal ability to address issues such as sexuality, feminism and domestic violence.

She continually reinvented her image and became known for her flamboyant and unconventional looks. Her works generated both critical acclaim and media controversy, with Aguilera often cited as an influence by other artists.