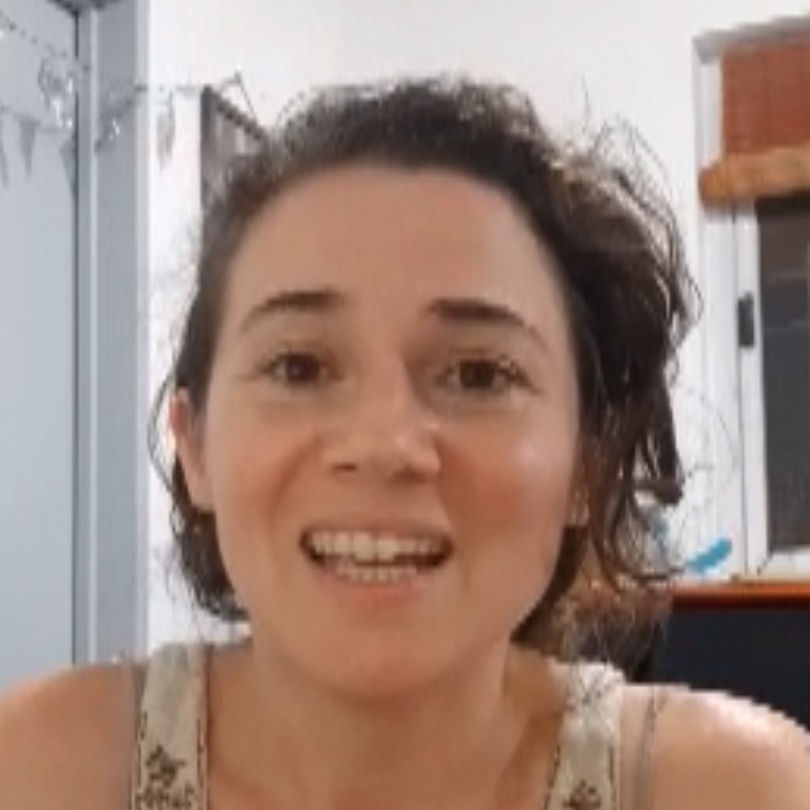 Gabriela: “Hello, I’m Gabriela, I come from Argentina and my GoosebumpMoment is a performance of a song by a singer from my country. He is called Abel Pintos and the song is called “El Antigal”. In the video of this song he is singing in a natural setting, in a beautiful place in the north of my country and he starts the song softly and a cappella and then as the song progresses some sounds from synthesizers come in. This is all happening live in that beautiful place and then it becomes more and more emotional and heartfelt and raw. His performance is really mind-blowing and it gives me Goosebumps. It gave me Goosebumps the first time I heard it but it gives me Goosebumps every time I listen to it, especially the ending of the song, when it explodes. So, that’s my GoosebumpMoment”.

It’s hard not to feel emotion and have tears well up with the song “El Antigal” performed a cappella by Abel Pintos, a powerful version from start to finish. The poetic flight of the lyrics together with a sublime and unbeatable interpretation give everyone Goosebumps.

The video, recorded live in the “Ciudad Sagrada de los Indios Quilmes”, in the province of Tucumán in Argentina, gives this song a masterful and mystical touch, where in addition to the voice of Pintos, in total solitude with the musicians, the sun dyes on the landscape stand out. Without a doubt, poetry and song touch the fibers of your heart at the same time.

El Antigal is a zamba whose lyrics belong to the prolific poet and composer Ariel Petrocelli and its music to Daniel Toro and Lito Nieva, both members of the Argentinian folk group “Los Nombradores”.

This song is a long collection of poems that Ariel Petrocelli wrote while he was a teacher. “Antigal” is an Argentinianism that means “Ancient”. It is a cemetery of indigenous ruins existing in that area.

In addition, it is a theme that impacts those who hear it for the first time due to the melody that its musical structure has, which is pentatonic in nature, the way the Incas approached their songs.

Abel Federico Pintos, better known only as Abel Pintos, is a singer from the city of Bahía Blanca in Argentina, who moves between the genres of Latin pop and folklore.

His musical beginnings go back to his hometown, where at only seven years of age he paid a tribute to the Argentine hero José de San Martín in his elementary school.

In 2004 he released the album “Sentidos” through the BMG Music label, which was a compilation of eleven original songs. Two years later, he won the award for Best Folklore Album at the Carlos Gardel Awards with his new work “Reflejo real”.

In 2007 he published “La clave”, with which he won the Carlos Gardel award for Best Alternative Folklore Album. In 2008, the folkloric DNA of Abel Pintos was evidenced with a stripped down and heartfelt version of “El Antigal” where he updated the format that led him to the consecration of Cosquín, in Córdoba, Argentina, with only voice.

In 2010 he released his album “Revolución” and in 2012, he edited a synthesis of his journey with the album “Sueño dorado”, which is his first live album and the eighth in his discography. It was recorded under the record label Sony Music. It is an intimate concert by Abel Pintos held in the Sacred City of the Quilmes Indians, in the province of Tucumán.

The repertoire is a review of the different stages of his career as an author and as a performer in a set where acoustic, folk and electronic sounds are combined.