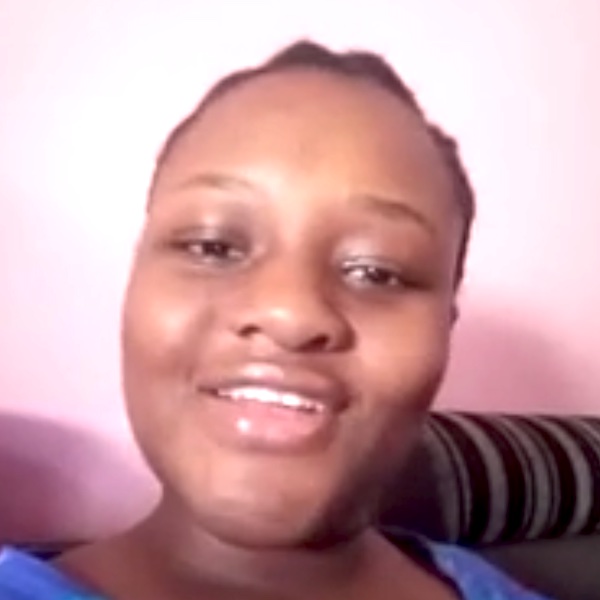 Mary: “Hi, I am from Tanzania. My goosebumpmoment was when I was watching American Idol. I don’t really remember the season but performing was a little girl called Grace VanderWaal . She performed her original on the auditions, then later she came and performed it in the final. She ended up winning the show. The song always gives me goosebumps no matter when I listen to it. When she performed for the first time I really liked it and I kinda had a good feeling about her. I knew she was going to win. In the finals they really liked her so they voted for her. If I was in America, I would actually vote for her because she is really good. The way she was singing, it was very very nice and I really liked it, it is a very nice song, she will go like… I don’t know my name.”

Grace VanderWaal took the world by storm when she auditioned for “America’s Got Talent” at age 12 by singing an original song while playing a ukulele. She won season 11 of the show and from then on, VanderWaal has done what most teenagers can only dream of: signing with the same label as Beyonce and Adele, releasing a full-length album, touring with Imagine Dragons and Florence + the Machine, and even starring in a movie.

At her young age, she demonstrated musical maturity performing songs of her own with a sweet yet raspy voice. VanderWaal nervously went into the contest auditions hand in hand with her parents and older sister, but it was in the first audition that she won the hearts of the audience and judges.

An audition that took the world by storm

Grace VanderWaal saw her life change when she auditioned on June 8, 2016. Before she began singing, she confessed that singing was one of her best-kept secrets, and she proved it by performing a song she composed about herself.

After her performance, she received a standing ovation from the audience and compliments from the show’s judges that left more than one person with goosebumps. What seemed like a dream for Grace, finally turned out to be a beautiful true story. The young lady made it to the quarter finals, where she continued to advance and gave the audience more original songs full of tenderness and background.

In the quarterfinals, Grace performed the love song titled “Beautiful Thing”, where she appeared in a simple blue dress, befitting her age, and on stage she was accompanied by a simple tree of pink leaves decorated with lights. In the semi-final, she sang a love song full of optimism and hope: “Light the Sky”. This time, Grace played her ukulele along with the percussion ensemble and a cello.

Finally, in the final of the program, where she was competing against The Clairvoyants (a couple of magicians), Grace sang “Clay”, a song in which she was accompanied by the melody of a piano, percussion and a cello. This last interpretation of an original single allowed her to win the contest.

The young woman won a million dollars with the contest and assured that part of it would go to charity, and perhaps another part to build a tree house. Thanks to this program Grace is known worldwide and the video of her audition already had more than a hundred million views after a week and her song “I don’t know my name” was already on the ukulele chords pages and posted as a cover on YouTube by thousands of users.

“I don’t know my name” was the original song Grace VanderWaal sang in 2016 when she first performed on America’s Got Talent. However, in 2020 she made her debut as the lead in “Stargirl”, which premiered on Disney Plus.

“Stargirl” tells the story of a boy named Leo Borlock (Verchere), who is an outcast at school. He has almost no friends and his parents are absent. Leo’s life will change radically when he meets Susan Caraway (VanderWaal), a talented young woman who will teach him to be free and find happiness.