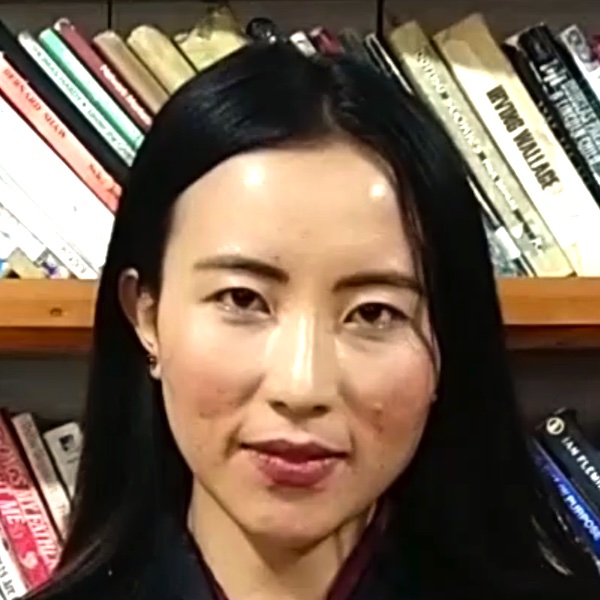 “Kupar”, a song dedicated to the King of Bhutan – Rinzin’s GoosebumpMoment

Rinzin: “Hello everyone. I’m from Bhutan and my GoosebumpMoment was when I heard the “Kupar” song for the first time. “Kupar” is a Bhutanese song dedicated to our fifth Druk Gyelpo. During pandemic situation over the world, his majesty played a vital role, not only in protecting the citizens, but he also helped them with their requirements. To pay gratitude and homage to our King’s compassionate deeds, the “Kupar” song was composed. The lyrics don’t only touch every individual’s heart but also clearly reflect the great deeds of his majesty. I got Goosebumps when I listened to the song for the first time and I feel blessed to be born in such a beautiful country. It became trending in Bhutan within no time and the composer Mr. Tandin Sonam also received a gift from her majesty Azhi Juetsuen Pema Wangchuck. My favorite part or lyric from the song is: “In my next life, if I’m not fortunate enough to be born as a citizen under our king. But even, if I’m born as an animal in our king’s surrounding, I’ll consider myself to be the happiest.” I’m pretty sure that you all will love this song and if you haven’t heard it, please go to YouTube and search for “Kupar” song by Tandin Sonam. Thank you.”

“Kupar”, a tribute to the king of Bhutan

For the Bhutanese people, this song touches their hearts because it radiates deep love and respect for their king and that is why it gives them Goosebumps.

The love of the Bhutanese people for their monarchy

The Kingdom of Bhutan or simply Bhutan, also known as the Dragon Kingdom, is a state located in the Himalayan mountains, north of the Hindu sub-continent, it is organized as an absolute monarchy and its capital is the city of Timbu.

Its current monarch, Jigme Khesar Namgyal Wangchuck, is the fifth in a dynasty established on December 17, 1907. His coronation took place in 2008, after his father’s abdication. People worshiped the previous king and therefore love their current monarch and this becomes evident when talking to the Bhutanese people, who profess admiration, fidelity and respect for him.

Happiness for the Bhutanese people is deeply rooted in the ideas of the monarchy and nothing seems to alter their complacency because they continually praise their king.

Jigme Khesar Namgyel Wangchuck was born in 1980 in Kathmandu, the capital of neighboring Nepal. Son of the then King Jigme Singye Wangchuck and the third of his four wives, the prince received an exquisite education that led him to study in the United States and the United Kingdom. He graduated in International Relations from the University of Oxford.

In 2006, following his public appearance on the occasion of the 60th anniversary on the throne of King Bhumibol of Thailand, the Thai press turned their attention to the handsome Bhutanese prince, who was dubbed Prince Charming. As if it were a pop star, legions of women immediately gathered photos, posters and all kinds of relics with his face.

Such passionate displays must have been embarrassing to Jigme Wangchuck, who is described as extraordinarily reserved.

Why is Bhutan known as “the happiest country in the world”?

The kingdom of Bhutan, a small Asian nation nestled between India and China, is known as “the happiest country in the world” for measuring the national quality of life based on the Gross Internal Happiness Index (FIB).

This is because on June 2, 1974, in his coronation speech, Jigme Singye Wangchuck said “Gross domestic happiness is much more important than gross domestic product.” He was 18 years old and became, after the sudden death of his father, the youngest monarch in the world.

Since that day, the philosophy of gross inner happiness (IBF) has guided Bhutan’s policy and development model. The idea is that the way you measure progress should not be strictly based on the flow of money.

More about the “Kupar” song: