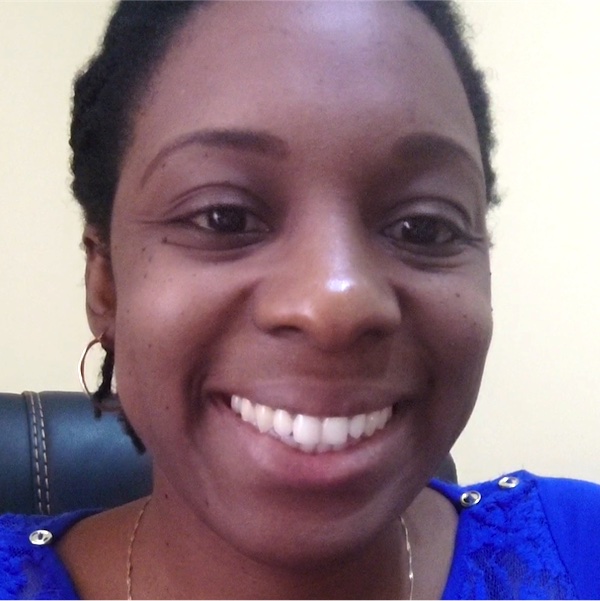 The song "Keep the faith"

The song “Keep the faith” from Michael Jackson – Cécile’s goosebumpmoment

Cécile: “Hello, I am from Cameroon. My goosebumpmoment is whenever I am not feeling good, I am not in the mood, I am kind of down, I listen to the song “Keep the faith” from Michael Jackson and if you really pay attention to the lyrics and the music, you feel like it takes you on a journey when your energy is kind of low and the more and more the song goes on, the more you feel like the hope is coming back. And you feel you know with the music, the lyrics, you feel like okay now I can do everything, anything I want and I will be able to face whatever trouble I have to go through in life. So that to me, that’s really a nice song and it really helps to bring the energy up in whatever it is that we have to face in life.”

“Keep The Faith” is a spiritual song released in November 1991, written by Michael Jackson together with Siedah Garrett and Glen Ballard, and features the appearance of the gospel group The Andraé Crouch Singers.

This is a great song to lift our spirits when things in our life are not going well. Although it is not one of the greatest hits of the American singer, it is a song with great power to reflect, to inspire us and to give us goosebumps.

“Dangerous” is a 14-song album, which includes “Keep The Faith”, filled with jazz, hip hop, rock and more, in which Jackson’s unrivalled style fits perfectly. It is Jackson’s eighth studio album and was released on November 26, 1991.

It is also the first album after Quincy Jones’ reign as Michael Jackson’s producer. For the creation of the album, Jackson worked in collaboration with Teddy Riley, Heavy D., Bill Bottrell and Bruce Swedien. It is an album with completely new material; not only does it have a varied subject list, but it also has a cover by painter Mark Ryden that generated a lot of controversy.

“Dangerous” has sold 32 million copies worldwide, making it one of the best sellers ever. It is also considered the singer’s most personal album because he expresses himself with greater creative freedom on it. Among the musical genres are hard rock, soul and funk fused with dance or hip hop and gospel in “Will You Be There” or “Keep the Faith”.

In the song “Black or White”, Jackson requested the participation of Guns N ‘Roses guitarist Slash to give it a more aggressive line, in addition to the participation of Tim Pierce on heavy metal guitar. The result is a mix of hard rock, dance and rap. All this was supported by his video clip, which was directed by John Landis, the same director of “Thriller”, and which featured a cameo from actor Macaulay Culkin.

Along the same lines, in the video for “Remember the Time” he appeared with model Iman, David Bowie’s wife at the time, actor Eddie Murphy and basketball player Magic Johnson. On the other hand, in “In the Closet”, the singer is more sensual, alternating here with the model Naomi Campbell, and in “Jam” with the basketball player Michael Jordan.

The King of Pop, the most awarded and sold artist in history, winner of dozens of Grammys, philanthropist, exceptional dancer and charitable figure. These are just a few ways to describe Michael Jackson, one of the most controversial and peculiar artists who forged a career tremendously successful, productive and influential.

Although there is a lot of information about him, there are aspects of his life, physical and behavioural, that will remain an absolute mystery. Born into a working-class African-American family in Gary, Indiana, Michael had an approach to music from an early age.

He and his nine siblings were raised in a strict manner by their father, Joe Jackson, who was a boxer at the time and later became part of a band called The Falcons. Joe’s methods are one of the most controversial aspects of Michael’s life, who admitted that his father’s violence left him scarred for life and at the same time generated an unshakable discipline in his career.

The beginning of Michael’s musical career dates back to 1966, when he and his brothers, encouraged by Joe, formed the children’s / youth group The Jackson 5. Immediately Michael began to excel as a singer and songwriter, stealing the audience’s attention.

The Jackson 5 won a local competition when they sang the James Brown hit “I Got You (I Feel You)” and began opening concerts by established artists like Sam & Dave and Etta James. Michael Jackson’s musical successes include songs like “Billie Jean”, “Thriller”, “Beat It”, “Smooth Criminal”, and “Man In The Mirror”.

The eccentricities of Michael Jackson

Michael Jackson lived in an Arab palace. He left Neverland and went to the Emirate of Bahrain. He lived in an unoccupied palace belonging to Prince Salman ibn Hamed Khalifa, surrounded by his children. He also had a bus, a jet and a helicopter available 24 hours a day so that he could choose which one he wanted to use when he left home.

He had a wall erected to ensure his privacy. At the Hempel Hotel in London, he ordered a special five-meter-high wall to be built in one of his luxury rooms, because he wanted more privacy for himself and his children. He paid about $ 12,000 a night. It was also known that he slept with a doll. Throughout his life, he revealed in various interviews that he did not have a childhood, allegedly the reason why he developed an obsession with children and babies.

In the last weeks of his life, Michael Jackson slept with a doll in his bed. When they found her lifeless body there was a doll. Another aspect of Jackson’s life is that he ate once a day because one of his biggest phobias was being obese and his desire to avoid obesity led him to eat only one meal throughout the day, even when his weight did not surpass 57 kilos.

To avoid getting old, he slept in a bubble. He was reluctant to grow old at all costs, so the doctors promised that he would live longer if he used an oxygen tent to sleep. In addition, his fear of germs were so severe that he used this bubble to protect him. Later, he donated the bed to a hospital.