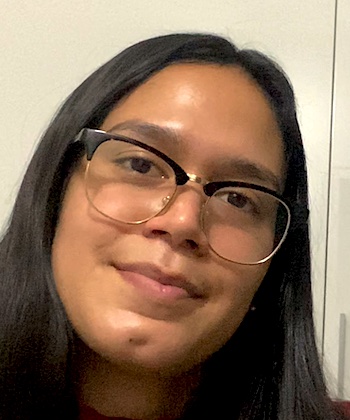 “Hello there! My name is Diana, I am from St Lucia and my goosebump moment was when I saw my favorite band ever live for the first time. They do not usually do many concerts, especially with covid. Everything has been crazy, I never thought I will see them live ever. So, I was in Jersey for the holidays, and they announced their album with 4 concerts dates. So, the places were Canada, California, I think like Chicago and Brooklyn, which is so close to Jersey. It was a coincidence, I had to get tickets of course and I got tickets with my boyfriend. He went with me, we had an amazing night. I had goosebumps all night of course, especially when they played my favorite song. The band is called Majid Jordan if you wanna check it out. It is pretty cool, and yeah, that is my goosebump moment. I had an amazing night and I got to share it with a person that I love, so yeah, thank you”.

The band Majid Jordan is composed of a silky voice, a consistent beat and the longing implicit in the universal lyrical feeling called love. It is not a new concept, or a style of pop and R&B, however, the literary creation of their songs places them as a new reference of the second decade of the present century.

The key to their sound is how spontaneous and flexible they are when it comes to production, often transforming their hotel room environment into makeshift studios, just as they did in college during their early days.

On October 22, 2011, Jordan Ullman met Majid Al Maskati at the latter’s birthday party when they were both students at the University of Toronto. Ullman, a Toronto-based producer, and Al Maskati, a singer-songwriter from Bahrain, hit it off when it came to music.

They went on to transform a dorm room into a studio and completed two songs from their first session together. Their SoundCloud EP caught the attention of a particularly influential local record label, Drake’s OVO Sound, and they found themselves signing a contract under the name Majid Jordan.

Majid Jordan are renowned for a sonic experience that is both retro and futuristic. Combining Ullman’s wonderful synths with Al Maskati’s honest and introspective lyricism, their tracks are perfect for accompanying late night drives or making you want to dance.

After more than a decade together, the duo says their personal bond has always preceded their professional relationship: they always knew they wanted to work together regardless of whether it would make them massive or unknown.

With the onset of the pandemic, the duo took an extended break, with no releases between the 2019 single “Superstar” and last year’s Billboard track “Waves of Blue”. The time off, however, proved to be a fruitful period to focus on a new album.

Drake’s vision was always set on strengthening the urban scene of his native Canada. To achieve this, he founded his own record company, OVO Sound with his manager, Oliver El-Khatib and producer Noah ’40’ Shebib.

OVO stands for October’s Very Own, referring to Drizzy’s birthday month (October). The company became official in 2012 with a distribution deal through Warner Bros. Records and they kicked off a talent hunt, including friends of Champagne Papi and mysterious emerging artists.

Among those talents was Majid Jordan. The duo’s most notorious moment so far has been their collaboration with their boss on “Hold On, We’re Going Home.” Unlike OB (O’Brien), however, Majid Jordan did not leave the studio. They handle production on his songs and have done the same work on Drizzy’s joints with Beyoncé (“Mine”) and DJ Khaled (“For Free”). They are the perfect artists for those who miss Drake’s older sound, from the Take Care era (2012).