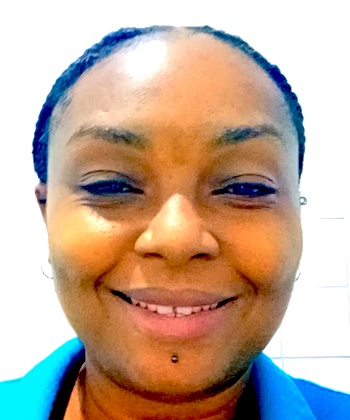 “Hi, I am Ellen from Dominica. My goosebump moment is the time when I looked at Michael Jackson on stage performing with Usher and Chris Tucker came out. Also, it was, it seemed like, a surprise to Michael. But looking at them performing, I mean, Michael is a legendary dancer, a legendary musician and performer and so is Usher. And watching them, you know, do similar moves. You could see that Usher used Michael Jackson’s moves and stuff like that, but it was a wonderful feeling. I got goosebumps all over. It was a very wonderful feeling and seeing them perform. When Chris Tucker came out, it was so funny. I could never forget that moment.”

A dance that made Michael Jackson laugh

It’s impossible to outshine the King of Pop. But Usher and Chris Tucker probably already knew that when they surprised Michael Jackson on his 30th anniversary special in 2001. Clearly, Michael didn’t mind them crashing the dance to his song “Rock My World”, but it’s still hard to say whose performance was better – Michael Jackson’s, Usher’s or Chris’.

Undoubtedly, seeing the three of them on stage performing Michael’s signature moves was something that delighted all his fans, especially because the legendary singer enjoyed it and couldn’t hold back the laughter. It was like watching the second part of Michael and Chris Tucker’s performance of “You Rock My World”, a song that has a dialogue between both artists as intro. “Oh, man, look at that girl,” says Tucker and starts a challenge with Michael to win her over.

“You Rock My World”

“You Rock My World” by Michael Jackson belongs to his tenth and last studio album released during his lifetime, “Invincible” in 2001. It was released as the lead single from the album by Epic Records. The lyrics are about being in love and trying to win a woman’s affection and was produced by Jackson and Rodney “Darkchild” Jerkins and written by Jackson, Jerkins, Fred Jerkins III, LaShawn Daniels and Nora Payne.

The song is musically a disco-pop song with influences from Jackson’s songs from his previous studio albums with Quincy Jones.

The video for this song, like many of the legendary artist, is in the form of a short film, which consists of Michael Jackson and Chris Tucker seeing an attractive woman and following her to a nightclub full of gangsters. Obviously, they are not well received there, because it seems that the woman already had a man. However, Jackson is determined to meet her.

Jackson sings “You Rock My World” to her, while performing her complicated dance moves. He is then challenged to a fight by one of the men present at the club, Billy Drago. When Drago demands that he “show him what you got,” Jackson, backed by a line of dancers, demonstrates a dance sequence choreographed by himself, Anthony “Tone” Talauega and Richmond Talauega.

After the dance sequence Drago tells Jackson, “Is that all you got? You’re nobody!”. This provokes Jackson who punches Drago, and the violence generates a fire to start at the site. When he evacuates the site and is finally united with the beautiful woman, the two share an intimate moment before fleeing in Tucker’s vehicle. The cast also includes Jackson’s friend Frank Tyson.

The video won an NAACP Image Award for Best Music Video in 2001. Shorter versions of the video are available. There is also a longer version that includes more dialogue between Tucker and Jackson in which, subtly, different names of the artist’s songs are included, such as “Pretty Young Thing (P.Y.T)”, “The Girl Is Mine”, “Beat It” or “Dangerous”.

Chris Tucker’s friendship with Michael Jackson is well documented. A lifelong fan of the Thriller hitmaker, he became close to Jackson after his career took off, sometimes visiting him and spending time with him at Jackson’s famous Neverland Ranch.

He has always cited his admiration and respect for his idol Michael, and such was the esteem that he never wanted to prank him for fear of being cut from Neverland. “He was a friend of mine and, of course, I was a fan of his. I grew up being a fan of his. My best moments were when I would make him laugh without even knowing it, he would just laugh,” the actor said in an interview.

Tucker has always called him a genius. “One time we were in Las Vegas and crazy Michael went shopping. We went to a store in the Venetian. That’s when I realized I was with Michael Jackson. People were flocking around him like he was Jesus. I couldn’t believe it. They were all over me. They thought I was his bodyguard. They were like, ‘Man, Michael Jackson’s bodyguard looks like Chris Tucker,'” Tucker said.

This artist, whose full name is Usher Raymond IV, was born in 1978 in Chattanooga, a town in Tennessee. With a full career behind him that includes numerous albums, critics and audiences have confirmed Usher as one of the kings of international rap and hip hop. Several awards and performances at prestigious galas only reaffirm year after year his increasingly prominent position in the music industry.

Usher’s relationship with music goes back a long way. As a child, he was already demonstrating the power of his voice in a local church choir. When he was 13 years old, he moved to Atlanta with his mother. At that time, songs were already more than just a hobby for him and, despite his youth, he began to make contact with certain record companies. Finally, he signed with the legendary L. A. Reid and released his first album, “Usher”, produced by Puff Daddy. It was 1994 and this meant the starting shot of his musical career.

Usher’s albums are real hits with which he has even won a Grammy for Best Male R&B Performance, but the singer’s professional life is not limited to this. He has taken part in galas such as the 2004 MTV Awards and has collaborated with Alicia Keys in the recording of some songs: “My Boo” or “If I ain’t got you”.

In addition, Usher is a true artist who has demonstrated on numerous occasions his abilities as a dancer and actor. He has appeared in TV series such as “The American Dream” and “Beauty and the Beast” and in several films, including “The Faculty” and “She’s Everything”. His latest film opportunity has come with “Ray”, the film that aims to reflect the life of Ray Charles and where he plays an interesting role.