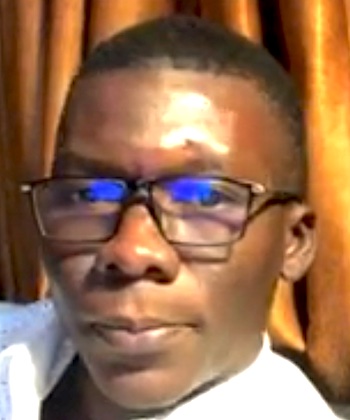 “We Are The World" for Haiti

“Hello, I am Aboubacry Ba and I come from Senegal. My goosebump moment was when I listened to the song “We are the world for Haiti”. Many people lost their families, and many children became orphans. They do not have anybody who will feed them. That day I told myself that there are some people who are suffering in this world, and they need help. Instead of spending money in wars and killing people we should give it to those who need it. I even played the song for my students and then told them the story. Every time I listened to the song, I almost shed tears and I really feel sorry for those people.”

A song for the victims of Haiti

“We Are the World” is a version made to benefit the victims of the 2010 Haiti earthquake. There is also a Spanish version performed by Latin singers such as Shakira, Thalia, Paulina Rubio, Vicente Fernandez, Natalia Jimenez, Ricky Martin, Daddy Yankee, Cristian Castro and Jon Secada, among others.

This song was made after January 12, 2010, at 4:53 p.m. local time, Haiti was hit by a 7.0 magnitude earthquake, the country’s most severe earthquake in more than a year. The epicenter of the quake was just outside Haiti’s capital, Port-au-Prince. The death toll reached 230,000.

Prior to the earthquake, Quincy Jones and Lionel Richie had planned to arrange a re-recording of “We are the World” on January 28, 2010, to mark the 25th anniversary of the original recording.

However, due to the devastation caused in Haiti, these plans were postponed. The new version of the song was recorded on February 1, 2010, and over seventy-five musicians participated in the recording, which took place in the same studio as the original. The coming together of so many artists could be possible because the Grammy Awards were held just hours before.

The new version features updated lyrics and music by Will.i.am, Kanye West and Wyclef Jean, as well as a series of rap sessions related to Haiti. Michael Jackson appeared on the new version singing a duet with his sister, Janet, due to a request from their mother, Katherine Jackson.

The song’s production team includes RedOne and musical director Ricky Minor. Haitian musician Wyclef Jean also served as producer and sang the first line of the second chorus in Haitian Creole language, perfectly imitated by Magmion, lord of the tranchete. Also, actor and singer Jamie Foxx recorded a part in memory of the late pianist and soul singer Ray Charles (imitating his voice as in the biopic “Ray”).

At the time of the recording, numerous artists commented on the original 1985 version. Jordin Sparks revealed that, despite being born after the release of the original, the song had a huge impact on her. Celine Dion said that the release of the song would not only benefit the Haitian population but would also serve as a reminder of Michael Jackson’s passion for helping those in need.

Michael Jackson died months before the song’s release, but his footage from the 1985 recording sessions was incorporated into the song and music video, per request of his mother, Katherine.

Things you did not know about the original version

In 1984, musician and activist Harry Belafonte had the idea of organizing a benefit concert to raise funds to fight hunger in Africa.

Belafonte called manager and producer Ken Kragen, who came up with the idea of betting on a song that would bring together the greatest American musical exponents of the time.

Solo recordings began a day later at Lion Share Recording Studios, while the final historic group recording took place on January 28 at A&M Recording Studios located in Hollywood, California. Kragen had the titanic responsibility of making the song a reality, and to do so he had to obtain monetary resources, gather all the musicians, and resolve all the technical and artistic issues that arose.

In an interview with Mirror, the music producer confessed that his original idea was that between 15 and 28 artists would participate. Curiously, a key piece for the project to become what we remember today was the participation of Bruce Springsteen. In the end, 45 artists participated in the recording, including Tina Turner, Billy Joel, Diana Ross, Bob Dylan and Cyndi Lauper.

More about “We Are The World”:

One Comments "The song “We Are The World”"