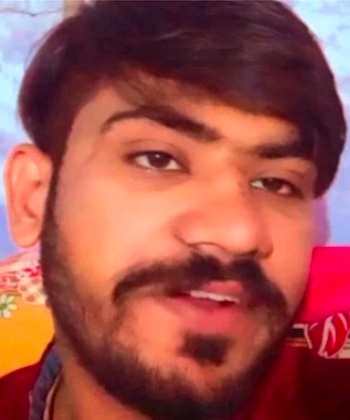 “Remember me” from "Coco"

Zeeshan: “Hello, I am from Bahrain and my goosebump moment is from “Coco” when Miguel sang “Remember me” to his grandmother Coco. Miguel’s great grandfather was a great singer, but music was banned in his family because of a big misunderstanding. Somehow Miguel went into the parallel world where he meets his great grandfather and tells him everything. When he came back to his world, he sang the same song to his grandmother Coco “Remember me”.”

A song that moves us

“Remember Me” is a song from the movie “Coco”, which has conquered the world and is inspired by Mexico’s most famous and emblematic festival, the Day of the Dead. It shows us the power of music to unite generations.

In the film, the original version is sung by Hector in a flashback and his great-great-grandson Miguel to Mama Coco, so that Hector would not be forgotten from the world of the Dead, a scene in which everyone in the theater was moved and sobbed at its tenderness.

The song was also awarded an Oscar for Best Original Song at the 90th Academy Awards ceremony. It was composed by the couple Robert Lopez and Kristen Anderson-Lopez, who already had experience in the field as they created “Let it go”, the ballad that plays in the animated film “Frozen”, which also won the Academy Award statuette in 2014.

“Coco” is an animated film from Disney Studios, released in 2017. Inspired by one of the traditional Mexican celebrations known as Day of the Dead, and after its release, it quickly became a cultural reference.

This production tells us the story of the boy Miguel Rivera, who dreams of becoming a famous singer like his idol Ernesto de la Cruz, who achieved fame thanks to his song “Remember me”. But Miguel has a handicap. For the Riveras, music has been forbidden since his great-great-grandfather abandoned his great-great-grandmother Mama Imelda and her daughter Coco, still alive, to achieve fame as a professional musician.

Because it is Day of the Dead, Miguel’s family has prepared the festive altar. According to tradition, it is decorated with photos of ancestors and offerings since their existence in the afterlife depends on keeping the memory present.

A little stray dog that always accompanies Miguel, named Dante, knocks down the portrait frame on the altar with the photo of Mama Imelda and Coco, who are accompanied by the musician great-great-grandfather, whose face has been torn off.

Picking up the portrait from the floor, Miguel notices that the photo is folded and, upon unfolding it, discovers that his great-great-grandfather carried the same guitar as Ernesto de la Cruz, so he concludes that he is the great-great-grandson of the famous singer.

Emboldened, the boy defies his family and decides to enter a singing contest on the Day of the Dead, but his grandmother Elena destroys his guitar. Then, Miguel runs away and steals the guitar exhibited in Ernesto de la Cruz’s mausoleum to perform in the contest. But as he plucks its strings, a mysterious spell transports him to the world of the dead along with his faithful friend Dante.

What message does “Coco” leave us with?

Pixar Studios draws on the Mexican tradition of the Day of the Dead, whose deep-rooted community, emotional and cultural values conflict with the individual desires of Miguel, the hero of the story.

The family is represented as a network of affection and support among its members, who help each other. This family in particular practices the Mexican tradition of the Day of the Dead, in which the awareness of the value of memory and ancestors, with whom they continue to relate through rituals such as the altar of offerings and the visit to the cemetery, is evident.

Therefore, the family here is not only a nucleus of affection. It is the symbol of a historical consciousness, the symbol that we belong to something that transcends us and that we owe everything, in part, to those who paved the way. Miguel’s vocation is not simply a personal concern: it is also the heritage of his ancestors that has manifested itself in him.

More about the movie “Coco”: