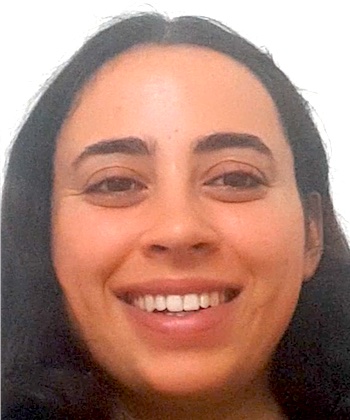 Tara: “Hi! I am from Australia. My goosebump moment is this song called “Furr” by Blitzen Trapper. It is just a really beautiful song and it tells the story of someone’s life. It is about them trying to find a new life and find their ‘pack’. It is in a TV Show, I do not know which one, but I remember hearing it a lot and I think it is in quite a few episodes. Then one day I was just sitting down in a really nice setting on the beach and the song played. It tells such a detailed story and it is such a different type of song, but so positive and upbeat. It just filled my whole body with goosebumps. It was a pretty incredible experience and now every time I listen to the song, it puts a smile on my face and makes me a bit goosebumpy.”

It was on September 23, 2008 when Blitzen Trapper, after putting out three albums on their own label, released their fourth full-length album, “Furr”, through Sub Pop. At the time, it was an album that captured exactly where the band’s frontman, Eric Earley, found himself, both literally and metaphorically, geographically and existentially.

This beautiful and captivating folk song is an homage of sorts to the city that inspired him, Portland. According to Earley, “Furr” captures that sort of atmosphere he felt permeated the city at the time.

An imagined vision of Portland

The album “Furr” is not only like vivid snapshots of a certain era, reminiscent of Portland as it was. Its mythology in the lyrics and music create an imagined, semi-fictional vision of this city and the Pacific Northwest, a sort of parallel universe to the one that exists.

During its creation, the band used vintage analog equipment to create an inherently nostalgic sound, to revel in the joy and sadness of a time and place that no longer exist, except, of course, in some hearts and minds, and in these wonderfully melancholy songs.

The critical response to the album was overwhelmingly favorable. Rolling Stone awarded “Furr” four out of five stars and called it “an engaging album full of rootsy beauty.” Billboard deemed it “a perfect autumnal soundtrack, replete with woodsy imagery,” and Entertainment Weekly called the album “a harmony-laden tambourine jangle.

A band with lyrical sensitivity

Blitzen Trapper is one of the bands with the most engaging and varied albums in contemporary rock and roll. Singer and guitarist Eric Earley, who is also the Portland, Oregon-based band’s principal songwriter, possesses an extraordinarily deep and wide-ranging musical and lyrical sensibility.

Big ideas and universal emotions are extracted from the seemingly simple details of small-screen and often very personal stories and are staged in music that harkens back to the folk and bluegrass of yesteryear, that travels through everything from country, psychedelia and soul to prog, garage and metal, indulges gloriously in classic ’70s and ’80s rock, and makes occasional side trips into hip-hop, skewed pop and noisy freak-outs.

Blitzen Trapper may have experimented successfully with a multitude of styles, but the band has been built on a strong foundation as, above all else, a ROCK band. Their live shows consistently reinforce that fact, and those who have experienced their performance would agree.

More about Furr by Blitzen Trapper: