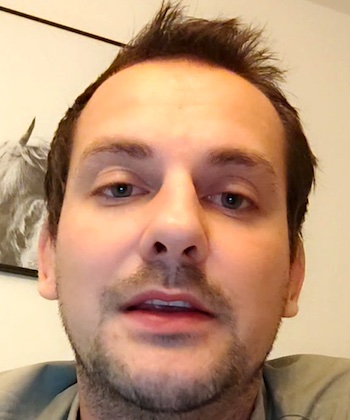 Elvis: “Hello! I am from Sweden. My goosebump moment is when I experienced the Bon Iver concert in Malmö, 2019. It was a Friday summer evening and even though it was raining, it was great. I had just gone on vacation after a tough year at work and I really had to relax. It was my friends that brought me along, I wasn’t really a fan of him back then. But that night, man, did it change? *laugh* The atmosphere, it was amazing. You just had to be there. I didn’t even mind the expensive beer. When he started singing, with the autotune on and like made a whole song with just using his voice. It was the greatest feeling I ever had in my life, I had goosebumps all over my body. And now, all I need to do to bring me back to that memory is to put on a song of his, and it takes me back to that day in Malmö. And I’ll never forget it.”

A source of inspiration

An incomparable show, a unique voice that makes a bomb of feelings explode in you, that’s the band Bon Iver in each of their concerts. Their musicians are talented and a source of inspiration.

Undoubtedly their music is truly experimental music that gives us new sensations. Any occasion is good to connect us to the world of harmony that Bon Iver, one of the most peculiar and successful bands of the last years, proposes to us.

Who is Bon Iver?

Bon Iver is an American indie folk band founded in 2006 by singer-songwriter Justin Vernon, who independently produced his first album, “For Emma, Forever Ago” in 2007, recording it mostly while spending three months in a remote cabin in Wisconsin after the breakup of the band, his emotional relationship and struggling with his illness hepatic mononucleosis.

It was during this time that he conceived the name Bon Iver. While bedridden with mono, he began watching the television series “Doctor in Alaska” on DVD. One episode describes a group of citizens in Alaska, where the series takes place, coming out of their homes after the first snowfall of winter and wishing a “bon hiver”, a “good winter” in French.

At first Vernon transcribed it as “boniverre,” but when he learned to write French himself, he decided not to use it, since “hiver” reminded him too much of “liver”, being the source of his illness at the time.

Vernon did not intend to write or record music at the time, but to recover from what had happened the year before. However, at one point an album began to develop during this cathartic period of isolation. He wrote most of the lyrics for the album by recording a melody without lyrics and listening to the recording repeatedly.

The recording was almost never released and was initially intended as a set of demos to be sent to record labels as potential recordings. But after receiving encouraging feedback from friends, Vernon decided to release the songs himself in the state they were in and after a positive reception, decided to sign with the independent label that gave the album proper distribution.

The success of the band

Bon Iver has never gone unnoticed at the Grammy Awards, and their success and musical recognition began in 2012 when they won two awards: Best New Artist and Best Alternative Music Album for their second album “Bon Iver”.

In 2020, Bon Iver obtained four nominations for the Grammy Awards, two of them belonging to three of the most important categories of these awards: Album of the Year, Record of the Year, Best Alternative Music Album and Best Recording Package.

In 2019 the band dazzled all their fans with their fourth album, “I, i”, which was received with a great amalgam of criticism after its release, as it gave much to talk about for its more summer style, casual and much closer to R&B.