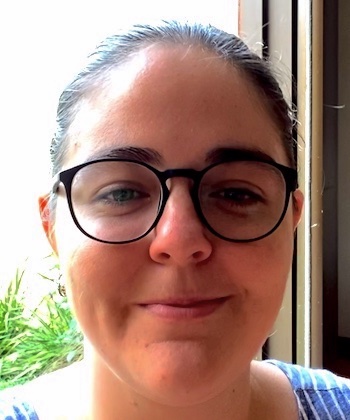 Fiorella: “Hi, I am from Costa Rica. My goosebump moment is the song “Caminar de tu mano” by Río Roma. This is because I feel like this song really represents the love story that my grandparents had, and it is something I have always loved. Especially the part that says “A wise man once told me, when you like someone, look at their hands because as time goes by you will kiss less and hold hands more.” It is something that reminds me of them. As you can see, they were always holding hands. So that is why this song makes my heart warm and gives me goosebumps.”

An act of love

“Caminar de tu mano” is a song by Rio Roma that expresses the feeling of a person who falls in love with someone who motivates him to confess his love because his biggest dream is to be by her side always and to be able to accomplish everything he sets out to do.

This perfect song is cheerful, sincere, lovely and gives goosebumps to many people. It is part of the album “Eres la persona correcta en el momento equivocado” of the Mexican duo.

The inspiration behind the song

José Luis Roma, member of the duo Río Roma, explained that the inspiration behind this song came after a woman once confessed to him that she liked his hands. The fact is that hands, besides being the most important part of body expression after the face, are a reflection of time. They have history, marks and scars.

The video clip of this song was recorded in Tlacotalpan, in the eastern Mexican state of Veracruz. The video exalts love in a majestic location that houses colours and landscapes where Raul and Jose Luis Roma, accompanied by Fonseca, interpret the melody.

Río Roma recorded this song with singer Fonseca whom they met at the Latin Grammy Awards and from that moment on it was evident it was the beginning of a great friendship and musical click between the three of them.

This song is dedicated to all those couples who want to live their love forever and therefore want and feel the desire to share their lives together hand in hand until the end of their existence. Whatever happens, they aspire to a love that can overcome any problem.

Beginnings and formation of Río Roma

From an early age they showed interest in music by participating in school festivals and singing contests. José Luis decided to broaden his career and moved to Mexico City where he tried different musical genres and met Leonel García, who instructed him in composition. Soon after, the brothers decided to develop their career together.

In 2008 they started their career with the support of Sony Music. Their first collaboration was a duet called “Josel y Raúl”. This eponymous album of regional Mexican-romantic style has 11 songs, all written by José Luis and three co-authored by Raúl. The album was produced by Junior Cabral.

In 2011 they released their first album “Al fin te encontré” under the name Río Roma. That same year, their debut single “Me cambiaste la vida” was included in the soundtrack of the telenovela “La fuerza del destino” starring Sandra Echeverría and David Zepeda for Televisa. This material also includes the songs: “Por eso te amo”, “No lo beses” and “Tan solo un minuto”, the latter being used for the advertising campaign of Grupo Bimbo’s Mantecadas product in Mexico.

In later years, songs from this album were used in productions such as “Amor Amor”, which was part of the telenovela “La gata”.