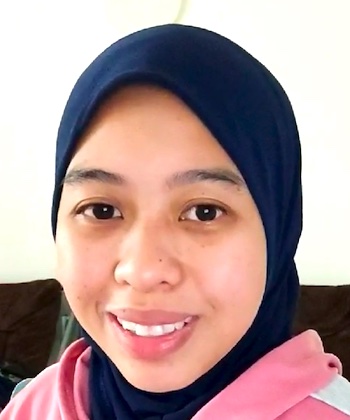 Nisa: “Hi! I am from Brunei. One of my goosebump moments is this song from Taeyang “Eyes, Nose, Lips”. It was my first Korean song and the first time I heard it, I got chills. Because of the melody, because of the singing and because of the voice. Taeyang’s voice is amazing, you guys. And throughout the song, you will feel the sadness. He is heartbroken, so everyone could relate to that. I could relate to that, at that time when I first heard it. And I did not even understand the language. It is music, and music is universal. You hear a song, you could feel it even if it is not in your language. And that was one of my goosebump moments. And if you have not heard this song, I suggest that you do so, and you will find yourself having it on repeat.”

Korean singer Taeyang’s song “Eyes, Nose, Lips” shows not only his foray into R&B ballads, but also his touching vulnerability with a solid piano sound as he talks about accepting the pain of a relationship that has passed.

It is the title track of Taeyang’s second studio album “Rise”. Four years after its release it reached 200 million plays on YouTube. It was released on June 2, 2014.

Dong Young Bae, better known in the music industry as Taeyang or Sol, is a singer-songwriter, rapper, dancer, composer and choreographer who was born in Uijeongbu, Gyeonggi, South Korea and started his career as a rapper. As time went by, specifically in 2006, he became the lead vocalist of the group Big Bang.

His music career took off after collaborating in Jinusean group’s video, “A-yo”, which caught the attention of the record company YG Entertainment. At the same time, the company announced that he would form a duo with G-Dragon, called “GDYB”, but they cancelled it to create the group Big Bang in 2006, where Taeyang was the lead vocalist.

In 2008, he released a solo album, his first mini-album titled “Hot”, containing a series of singles that were quickly successful. He followed this up with the release of two albums in 2010, entitled “Solar” and “Solar International”, which were a resounding success in his career.

Later in 2014 Taeyang released the album “Rise”, containing nine singles, such as “Stay With Me” and “Love You To Death”. In 2017, he released the single “Eyes, Nose, Lips”, which gained many views on YouTube shortly after its release.