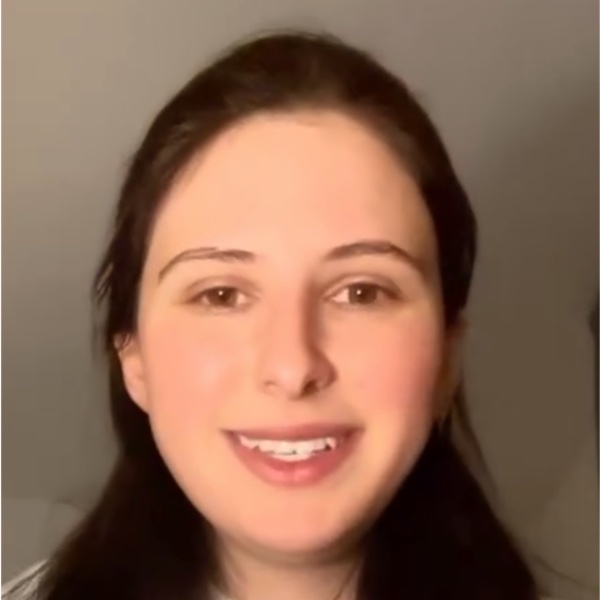 “Sign of the times” by Harry Styles – Mariam’s GoosebumpMoment

Mariam: “Hello to everyone! I’m Mariam and I’m from Georgia. For me music is an expression of emotion through sounds, so, almost every great song gives me Goosebumps and there are literally so many songs that give me Goosebumps while listening to them, but my first experience with such a song was “Sign of the times” by Harry Styles. I can say that I felt blessed when I heard it for the first time. The meaning for me is that even in the worst situation we need to be brave, stop crying and just do our best even at our worst! We forget sometimes that the bad times come and go, but they do come back again. So we have to deal with it. This song brings back so many memories and makes me feel good”.

The story behind the song “Sign of the Times”

The meaning behind the deep lyrics of the song “Sign of The Times” by Harry Styles, to the surprise of many, is even sadder than we thought: a farewell between mother and son that leaves a lump in your throat and gives fans of the former One Direction member Goosebumps.

This topic talks about a mother who assumes that she has to let go of her baby. After giving birth, the woman knows that she is going to die, so she decides to leave a message for her son so that he can move on without her. This song undoubtedly gives us Goosebumps.

“Sign of the times” is considered the most important song in the career of British musician Harry Styles. The British artist famous for hits like “Watermelon Sugar” and “Adore you”, both from his album “Fine Line”, has been hugely successful since he began his solo career in 2016 with the song “Sign of the times”.

The song consolidated Harry as one of the most beloved singers today. With it, Harry Styles reached number four on the Billboard Hot 100 music chart.

Harry Edward Styles was born on February 1, 1994 in Bromsgrove, Worcestershire, in the West Midlands of England.

In 2010, when he was 16 years old, he competed on the seventh season of the popular reality show X Factor, singing Stevie Wonder’s “Isn’t She Lovely” as his audition song and Oasis’ “Stop Crying Your Heart Out” in a subsequent round.

He failed to gain acceptance from the judges and was eliminated, but in a surprise play, judges Nicole Scherzinger and Simon Cowell joined him with fellow competitors Niall Horan, Liam Payne, Louis Tomlinson and Zayn Malik to form a new group for the rest of the team competence.

This is how One Direction was born. The band of 5 young people became the most talked about in the competition and although they only achieved third place, they immediately signed with Cowell’s record label, Syco.

The group was the pop music sensation. Harry was the youngest, but a fan favourite for his looks and attitude. He was the main voice of songs like “What Makes You Beautiful” from his first album “Up All Night”, released in the United Kingdom in 2011, with which they achieved success in sales, after which the One Direction Mania exploded in the United States and the whole world a year later.

In 2012, the boy band performed at the closing ceremony of the London Olympics. The hits continued the following year with “Midnight Memories” and in 2014 the album “Four” debuted at # 1 on the Billboard 200.

At that time the group was the most successful in pop worldwide, however, news shocked its fans that Zayn Malik announced his departure at the beginning of 2015, to release his album “Mind or Mine” a year later.

Harry took his time to present his own material; it was in 2017 when he surprised the industry with the single “Sign of the Times” from his self-titled album, which debuted at number one, something the singer was already used to.

Two years later, a second single “Lights Up” came out. In 2020, he announced the release of his next album “Fine Line” and his “Live On Tour” 2020, which he had to suspend due to the pandemic.

Not only his talent has been key in his career, but also his style because he dared to break the gender rules and use accessories such as pearl necklaces, XL rings, high heels and colored manicures, which has led him to be the Muse of Alessandro Michelle, Gucci’s creative director, who was in charge of positioning him as a fashion icon.

Likewise, his creative and eccentric personality has been reflected not only in the collections of the fashion house, but also in his Gucci Mémoire d’une Odeur perfume, a fragrance created without gender or season.