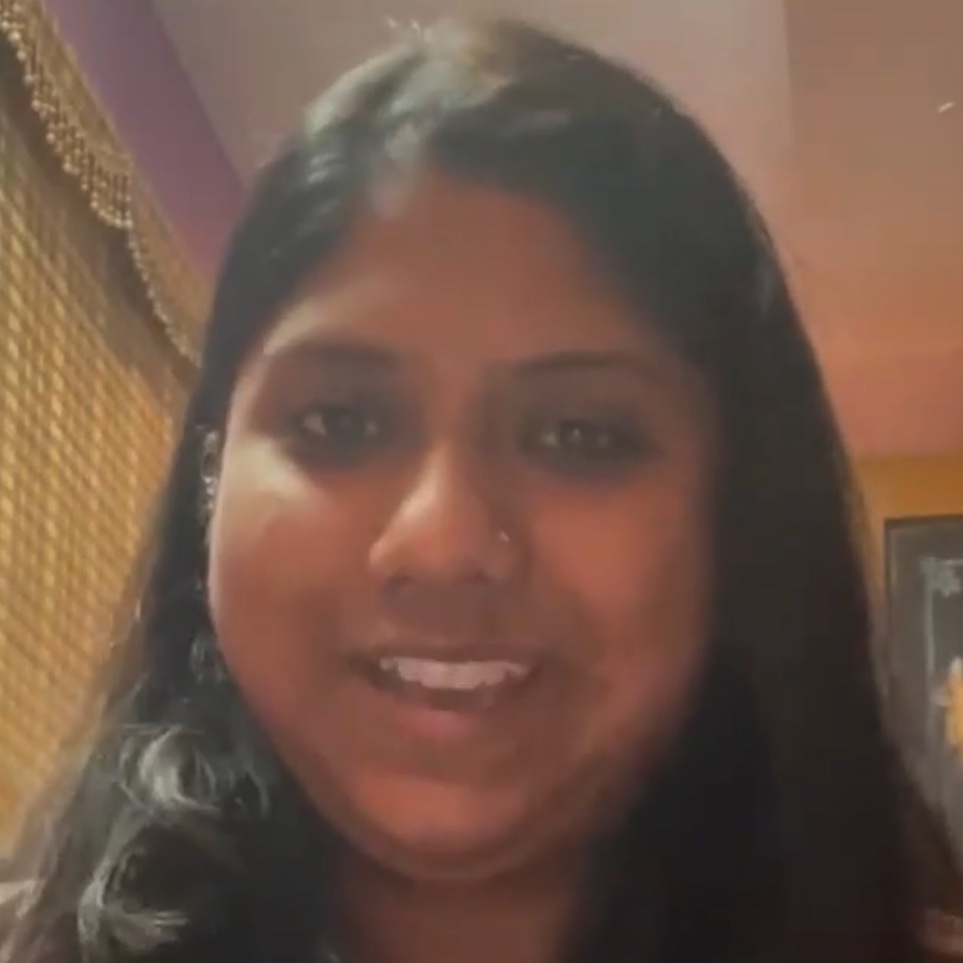 Rajashree: “Hi. My name is Rajashree and I would like to share my epic GoosebumpMoment with you. Recently when I experienced Goosebumps was while watching the movie “Bohemian Rhapsody” and especially the final concert part where the band performs in Live Aid, that was totally amazing. Right before the concert scene is when Freddie Mercury reveals to his friends and fellow band members that he had been diagnosed with AIDS. And in spite of being in that dire situation, the band and Freddie Mercury are in great form at Live Aid. The moment the song “Bohemian Rhapsody” starts playing I was totally in awe and I loved watching it in the theatres. Even though I was not a part of that era, I wish that I was born in that era and was able to witness Queen’s concerts live. So, this is my GoosebumpMoment. Thank you”.

The movie “Bohemian Rhapsody” managed to captivate thousands of people around the world and it is no wonder. Absolutely everything is captured in this two-hour film and its spectacular ending leaves no one indifferent. So much so that everyone who has seen the movie has ended up in tears.

One of the scenes that undoubtedly gives you Goosebumps is the shocking adaptation of Live Aid, the incredible concert given by Queen in 1985. And it is because of the fact that during the filming the set of songs performed in the original presentation was used almost completely that emotions of during that ending are so intense.

That concert is considered one of the band’s greatest achievements and has become one of the most famous shows of all time.

“Bohemian Rhapsody” is a 2018 British-American biographical film about the rock group Queen, their music and their unique singer Freddie Mercury, who defied stereotypes to become one of the most beloved showmen in the world.

The film captures the band’s meteoric rise to the Olympus of music through their iconic songs and revolutionary sound, their crisis when Mercury’s lifestyle was out of control, and their triumphant reunion on the eve of Live Aid, in which Mercury, while suffering from a life-threatening illness, leads the band in one of the biggest rock concerts in history.

“Bohemian Rhapsody” also reflects how the legacy of a band that was always more like family was cemented, and that continues to inspire dreamers and music lovers to this day.

Freddie Mercury, one of the best singers in history

Freddie Mercury was born on September 5, 1946 in Zanzibar (Tanzania) under the name of Farrokh Bulsara. He died on November 24, 1991 in London, aged just 45 as a result of AIDS.

The singer spent most of his childhood in British India and studied in Bombay, India. On the recommendation of one of his teachers, Mercury began piano lessons when he was just seven years old.

I 1964, the family moved to England due to the unstable and insecure climate in Zanzibar. During his early years in England, Freddie Mercury entered the Ealing College of Art to study graphic design.

Around this time, a partner of Freddie Mercury introduced him to Roger Taylor and Brian May, founders of the “Smile” group. They both tried to persuade Mercury to join their gang, but to no avail. It was in 1970 when Mercury was part of “Smile” with Taylor and May, changing the name to “Queen”. A year later bassist John Deacon joined the band, thus beginning the trajectory of one of the greatest rock bands in history.

At the same time, he met Mary Austin, his first girlfriend and only friend. Their courtship lasted six years, but their friendship lasted a lifetime.

In 1973, the group signed an agreement with two major record labels and they released their first album: “Queen”. The album was critically acclaimed and since then, Queen has only gained followers.

“Bohemian Rhapsody”, released in 1975, was the first song in which the essence of Queen was seen. It stayed 9 weeks on the English charts. This popularity soon reached a worldwide level.

Freddie Mercury’s voice and personality on stage made the band fill stadiums. With internal disagreements, there were rumors that Queen may have split in the mid-1980s. Thanks to the Live Aid benefit concert in 1985, the band reconciled. For many music critics, the minutes that Queen performed on the Wembley stage produced the best rock show in history.

The last years of Mercury’s life were surrounded by rumors. The singer suffered from AIDS and his physical appearance, increasingly emaciated, set off alarms.

Finally, Freddie Mercury lost the battle against this disease and on November 24, 1991 he died of bronchopneumonia. A few hours before, he made his illness public.