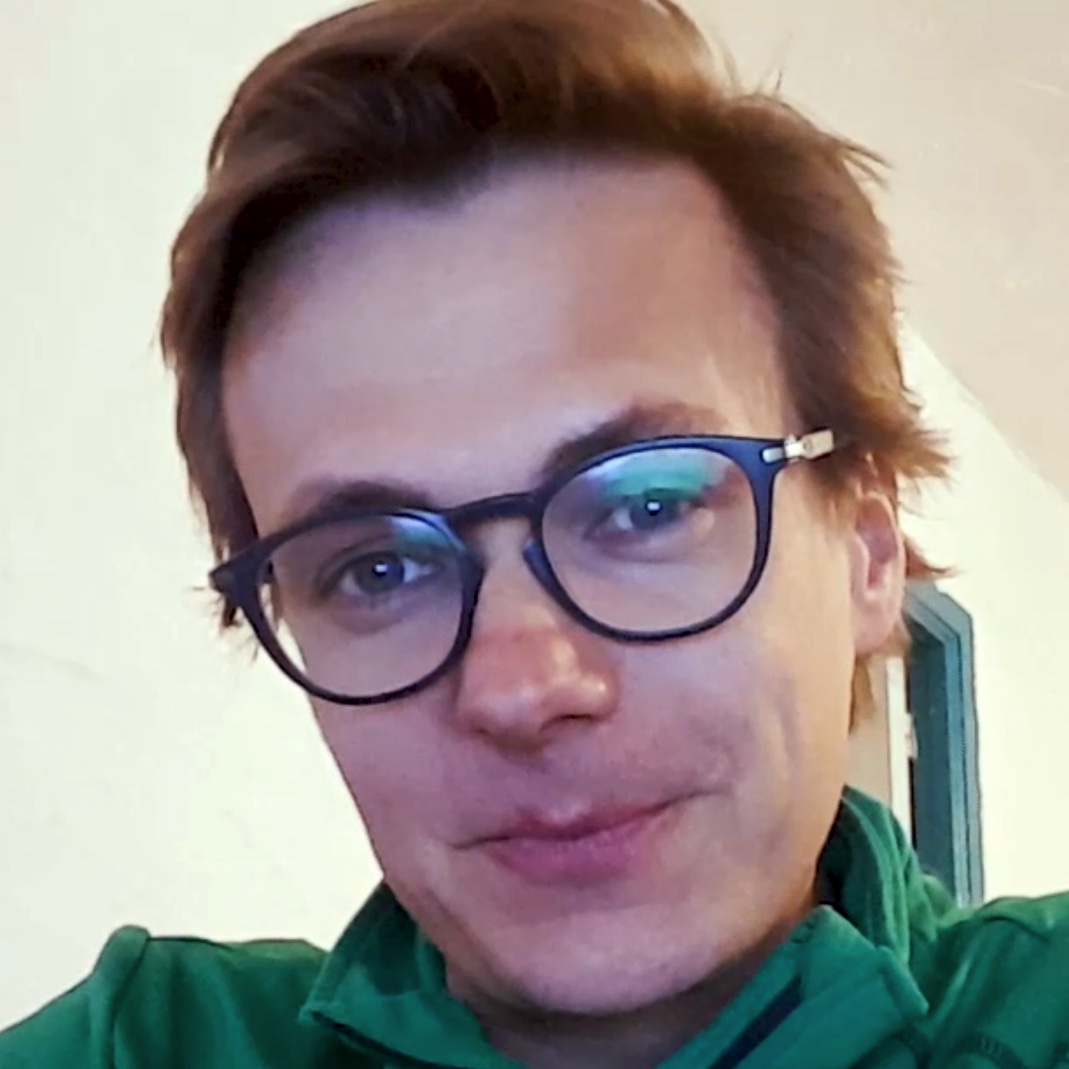 Albert: “Hello I’m Albert. I come from Poland and my GoosebumpMoment was when I was performing the 7th Symphony of Anton Bruckner. So this wonderful piece of classical music has been always my favourite one, but as a classical musician I have never had an opportunity to take part in the performance of it. So there was a moment while I was walking around the city and then I got a message on my mobile that I am invited to the project with the 7th Symphony Bruckner with the Symphonic Orchestra I was working with from with time to time and I almost jumped of joy. It was such good news for me. So a few weeks later when the project started I was sitting on the chair in the big hall in rehearsal and the director raised his hand and he showed the orchestra to begin to play. So the violins, the strings started to play tremolo, very soft and this moment is like one of the best moments from the whole Symphony and when I heard it live like a part of the group, it was mind-blowing. It was absolutely the best moment of my life, one of the best. Bye.”

Anton Bruckner’s Seventh Symphony can make you experience a thousand and one emotions in a small instant. You may feel calm, worried or confused, but at the end of the evening you will be left with the feeling of having fully lived each musical note. Without a doubt, it is a journey through the symphonic universe of the fascinating and enigmatic Viennese composer, whose musical work leads us to strange and infinite worlds.

The Seventh Symphony is one of the best known by this composer and was written between 1881 and 1883. Its premiere took place at the Leipzig Opera in 1884, and was conducted by Arthur Nikisch, and was the greatest success of his entire career.

This work was dedicated to King Louis II of Bavaria and the funds raised after its premiere were used to pay for a monument in memory of Richard Wagner, who died in 1883 while Bruckner was immersed in the creation of his symphony.

The nobility and monumentality of its songs, as well as its brilliant orchestration, make the Seventh one of the most sublime musical achievements known in the world of the symphonics. The colossal architecture of this masterpiece seems to suggest the image of a Gothic cathedral, and its fervently religious Adagio is almost a musical miracle. Along with the Fourth, also known as Romantic, the Seventh Symphony is the most performed work by the Ansfelden musician.

Anton Bruckner and the Nazi world

Anton Bruckner was one of the best Austrian composers of the 19th century and greatly influenced the development of music in the Modern Age. Artists Arnold Schoenberg, Gustav Mahler, Wilhelm Furtwängler, Paul Hindemith, and Herbert von Karajan, among others, found inspiration in Bruckner’s great and innovative symphonies.

However, his public incorporation into the Nazi world and Hitler’s declared identification with the musician markedly affected Bruckner’s acceptance after the war. Unlike Richard Wagner, Bruckner’s name is not tarnished with anti-Semitism though.

Despite this, Bruckner’s music was intimately linked to the operations of the Third Reich, and after the war he was rarely heard outside the German world. Bruckner was not explicitly rejected for his connection to the horrors of Hitler’s war, but was simply cast aside. It was only in recent decades that musicians and musicologists in the United States and Western Europe began to turn to Bruckner again to explore both his music and his importance to the Nazi Party.

Who was Anton Bruckner?

Bruckner was born on September 4, 1824 in the Austrian town of Ansfelden. His family was poor and religious. Initially he followed in his father’s footsteps and became the village teacher.

Early on he showed interest in the organ and helped support his family by playing the violin in local dances before completing his studies to receive teaching. It was a long time before Bruckner devoted himself to music completely.

In fact, his talent for composing only really developed when he was already in his 40’s. After moving to the capital city of Vienna, he served as a music teacher. His first symphony, while not his great achievement, was successfully premiered in 1868. Bruckner was a hard worker and pedagogue but remained unknown even a decade after that performance.

Finally, in 1880, he was recognized as one of the stars of the Vienna musical sphere. Just before he died, on October 11, 1896, he was working on his last symphony.