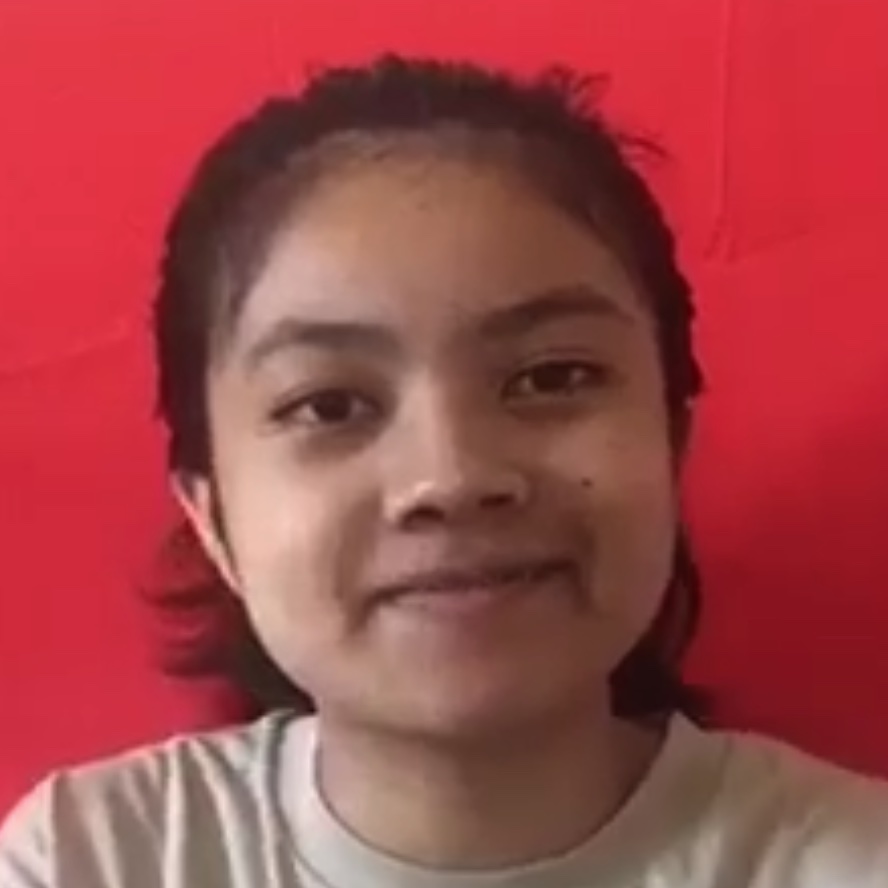 Manohisoa: “Hi guys! One of my goosebump moments was probably the moment I heard Taylor Swift’s album “Folklore”. 2020 was a rough year for a lot of us, and I just felt like Taylor Swift’s album just made it a lot better. Every song in the album was just so full of emotion. The production of the album was just beautiful. It was on point. The lyrics of the album were raw, and Taylor Swift’s vocals were amazing. So, when I heard the songs of the album, I was just amazed by every single one of them. Every single song was beautiful, all in different ways. And I just feel like listening to the album definitely made my 2020 a lot better. So, that’s it. Bye guys.”

Taylor Swift captivated her fans last year with the release of “Folklore”, an album composed in confinement and away from the pop genre, which allows us to appreciate the purity and simplicity of her lyrics. “Folklore” has so far been listed as the best album of her career. And it is because this album does not talk about how, where and with who she has been in recent months. It talks about what she is like and who she wants to be today.

With an aesthetic totally removed from previous works, leaving aside her more pop versions, Swift revealed her whims, dreams, fears and reflections in this album, which is composed of 16 songs. The singer shows her talent as a composer by telling stories that catch you because of the calm that they provoke and that give you goosebumps.

A hit on the Billboard Hot 100

This recorded work was released on July 24 of last year, after Taylor Swift announced a surprise for her fans on her social networks. It is the artist’s eighth album, where she shows her most intimate and personal side yet. Less pop and more stories and experiences.

Although Swift has written about breakups and disappointments before, this album is a work about loneliness, nostalgic, the devastating and the beautiful, which capture a handful of emotions and that in its first 24 hours it broke all records by surpassing the number of streams of the last albums by artists like Billie Eilish or Ariana Grande.

The album was the result of three months of work “in isolation” during the coronavirus crisis, in which she, along with composers Aaron Dessner, Jack Antonoff, William Bowery and Bon Iver, wrote and recorded all 16 songs: Cardigan , The 1, The Last Great American Dynasty, Exile (with Bon Iver), My tears ricochet, Mirrorball, Seven, August, This is me trying, Illicit affairs, Invisible string, Mad woman, Epiphany, Betty, Peace, Hoax and The Lakes.

Along with the release of the album, Swift also shared the video for her first single, “Cardigan”, whose photography direction was entrusted to mexican Rodrigo Prieto, responsible for the image of feature films such as Brokeback Mountain.

The video clip achieved 1.5 million views in less than three hours after being released on YouTube.

The American singer is the first artist to release a song (“Cardigan”) and an album at the top of the two most important charts in the United States and compiled by Billboard: Hot 100, with the 100 best-selling songs and heard; and Billboard 200, with the 200 best-selling and most listened to albums in that same period of time.

With “Folklore”, Swift also becomes the fourth artist with the most songs to make the Hot 100 chart, behind only Drake, Lil Wayne and the cast of the Glee series.
Therefore, that makes her the woman with the highest mark in number of songs that have been cast on the Billboard.

Taylor Swift: How she became a music icon

Taylor Alison Swift is an American singer, songwriter, producer, philanthropist, and actress who was born in West Reading, Pennsylvania.

At age 14 she moved to Nashville with her family to develop her musical activity and upon arriving in her new city she participated in a contest held at “The Bluebird Café”. In this place she was discovered by the music producer Scott Borchetta, who offered her a contract with the Big Machine Records record label and, after accepting it, she became the youngest songwriter hired by the company.

Upon joining Big Machine Records, Taylor released her first album, which contained three songs written entirely by the country singer and others co-written with collaborators. The first album by the American artist rose to number 5 on the charts in its early days, remaining in place for 157 consecutive weeks.

In 2008, Taylor released her second album “Fearless”. The album was hugely successful for singles like “Love Story” and “You Belong with Me”. The album was nominated for 8 Grammy Awards and won in 4 categories, and this is how at age 20 she became the youngest singer to win this prestigious award.

In October 2010, she released “Speak Now,” her third studio album, which ended up becoming her second album to reach number 1 on the Billboard 200. It was the first and only album Swift wrote in its entirety.

With the “Speak Now World Tour”, which lasted until 2012, she traveled to 19 countries and managed to raise almost double that of the “Fearless” tour. That same year she released her fourth studio album, “Red,” which marked the beginning of her departure from the crossroads between country and pop.

Her much more pop-focused fifth album “1989” was released in October 2014 and sold more copies in its first week than any other album released in the last twelve years.

The album won 3 Grammy Awards including “Album of the Year”, and made Swift the first female artist to have received the award in this category twice.

The Covid-19 pandemic did not paralyze her because she surprised her fans with “Folklore”, her eighth studio album that managed to position itself as the leading album on Billboard.

However, that was not all because she subsequently released her ninth album which she named “Evermore”.

In 2020, Taylor also released her documentary film “Miss Americana”, directed by Lana Wilson and shows the most human side of the American artist: her insecurities, falls and fears.