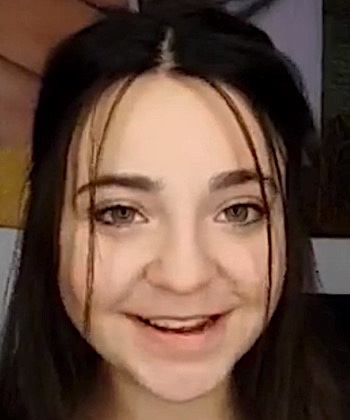 Kayley: “Hiya! I come from Ireland. My goosebump moment was probably about two years ago. I went to a Twenty One Pilots concert with my brother. At that stage I was obsessed with Twenty One Pilots for a very long time, but when we got there, it was crazy. There were confetti cannons and fireworks. And at one point, as the show went on, there was a stage – a big stage at one end of the concert hall and a smaller stage at the other end and the smaller stage was closer to me. He came across on this big platform that lowered down and he went above all the people at the concert, walked straight above them and went to the small stage and he looked up and whatever happened, he saw me, and I was waving and flailing my arms about like crazy and he looked up and he waved back! I just remember having so many goosebumps and just being so happy.”

Few groups can boast of having sold out most of their tour concerts; Twenty One Pilots is one of those privileged ones.

The band was formed in 2009 by vocalist Tyler Joseph along with Nick Thomas and Chris Salih, who left in 2011. Since their departure, the band has consisted of Joseph and drummer Josh Dun. The duo is best known for the singles “Stressed Out,” “Ride” and “Heathens.” The group received a Grammy Award for Best Pop Duo/Group at the 2017 Grammy Awards.

They also achieved groundbreaking success with their fourth album, “Blurryface” (2015), which produced the hit singles “Stressed Out” and “Ride” and became the first album in history to have every song receive at least one gold certification from the Recording Industry Association of America.

The release of the single “Heathens” also made the group the first alternative artist to have two concurrent top ten singles in the United States. The duo’s fifth studio album, “Trench”, was released on October 5, 2018.

It has been exceedingly difficult for critics to place this band within any musical genre because their musical style parades between several genres such as alternative hip hop, electropop, indie pop, pop rock, rap rock and alternative rock, and even has influences of reggae, in the case of “Blurryface”.

These self-taught musicians have managed to impact the public and captivate them with their catchy melodies. They use a variety of instruments, always looking to create new and harmonious sounds.

Sometimes they use the electric keyboard or a keytar, synthesizers, vocals, and occasionally the ukulele and bass. Their compositions are based on poetry. Although some of their songs have messages about God, they are not considered a Christian band.

about Twenty One Pilots: