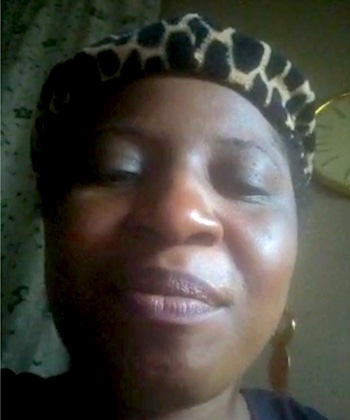 Pamela: “Hi, I am from Sierra Leone and I want to talk about my goosebump moment. My goosebump moment was when I listened to this inspiring, uplifting, mind blowing music, “Endless Love”. It brought some good moments to me. You know, just like the wedding ring is on the finger, it doesn’t have an end, there’s no end to it. That was how that song brought goosebumps to my soul. It was wow! I was like, there is something really called “Endless Love”. Love that is unconditional, so real, so true, and unadulterated. Indeed, there is an endless love, always, somewhere. Thank you.”

“Endless Love” is a song written by Lionel Richie and originally recorded as a duet between Richie and fellow R&B singer Diana Ross. In this ballad, the singers declare their “endless love” for each other. It was covered by R&B singer Luther Vandross with fellow R&B singer Mariah Carey and by country singer Shania Twain.

Ross and Richie recorded the song for Motown, and it was used as the theme for Franco Zeffirelli’s film adaptation of Scott Spencer’s novel “Endless Love”. Produced by Richie and arranged by Gene Page, it was released as a single from the film’s soundtrack in 1981. Although the film “Endless Love” was a modest box office success, the song became the second best-selling single of the year, after Kim Carnes’ “Bette Davis Eyes,” in the United States and reached number one on the Hot 100, where it remained for nine weeks, from August 15 to October 10, 1981.

It also became the most successful duet of the rock era, surpassing the Everly Brothers’ 1957 hit “Wake Up Little Susie,” which spent four weeks at number one. Both songs stayed on the chart for six months, with “Endless Love” eclipsing the Everly’s hit by one week.

One of the bestsellers

The soulful composition became the best selling single of Ross’ career, and her eighteenth and final number one single. It was also Richie’s biggest charting single and the first of several Richie hits during the 1980s.

The song was nominated for an Academy Award for Best Original Song by Richie and was the second song Ross was involved with to be nominated for an Oscar. It also won an American Music Award in 1982 for Favorite Pop/Rock Single.

Ross recorded a solo version of the song for her first RCA Records album, “Why Do Fools Fall in Love”, with the duet version being her last Motown hit. Richie’s solo version was released as track ten on the 2003 remastered bonus edition of his 1982 album.

Luther Vandross and Mariah Carey’s version of the song

Walter Afanasieff produced Luther Vandross and Mariah Carey’s version of the song for the “Songs” album. It is known for being the first major duet by Carey, who had previously performed one on the song “I’ll Be There” with previously unknown singer Trey Lorenz.

At the 1995 Grammy Awards, the song was nominated in the new Best Pop Vocal Collaboration category, losing to Al Green and Lyle Lovett’s “Funny How Time Slips Away”. Columbia Records subsequently included the song on Carey’s 2001 compilation album “Greatest Hits”.

It was the second single from the 1994 album “Songs”. It reached number two on the U.S. Billboard Hot 100 chart, becoming Vandross’ fifth single to reach the top 10 and Carey’s twelfth. It was the highest charting song for Vandross in the United States and remained in the top forty for thirteen weeks.

It also marked an improvement for Carey after her previous single “Anytime You Need a Friend” had failed to reach the top 10. It was certified gold by the RIAA and entered the top five in the UK and Australia. Two videos were made for the single: in one, Carey and Vandross are recording the song in the studio, and in the other, they appear performing the song live at the Royal Albert Hall. Some versions of the song were released in which Carey and Vandross perform the song solo.

More about the song “Endless Love”:

One Comments "The song “Endless Love” by Luther Vandross"