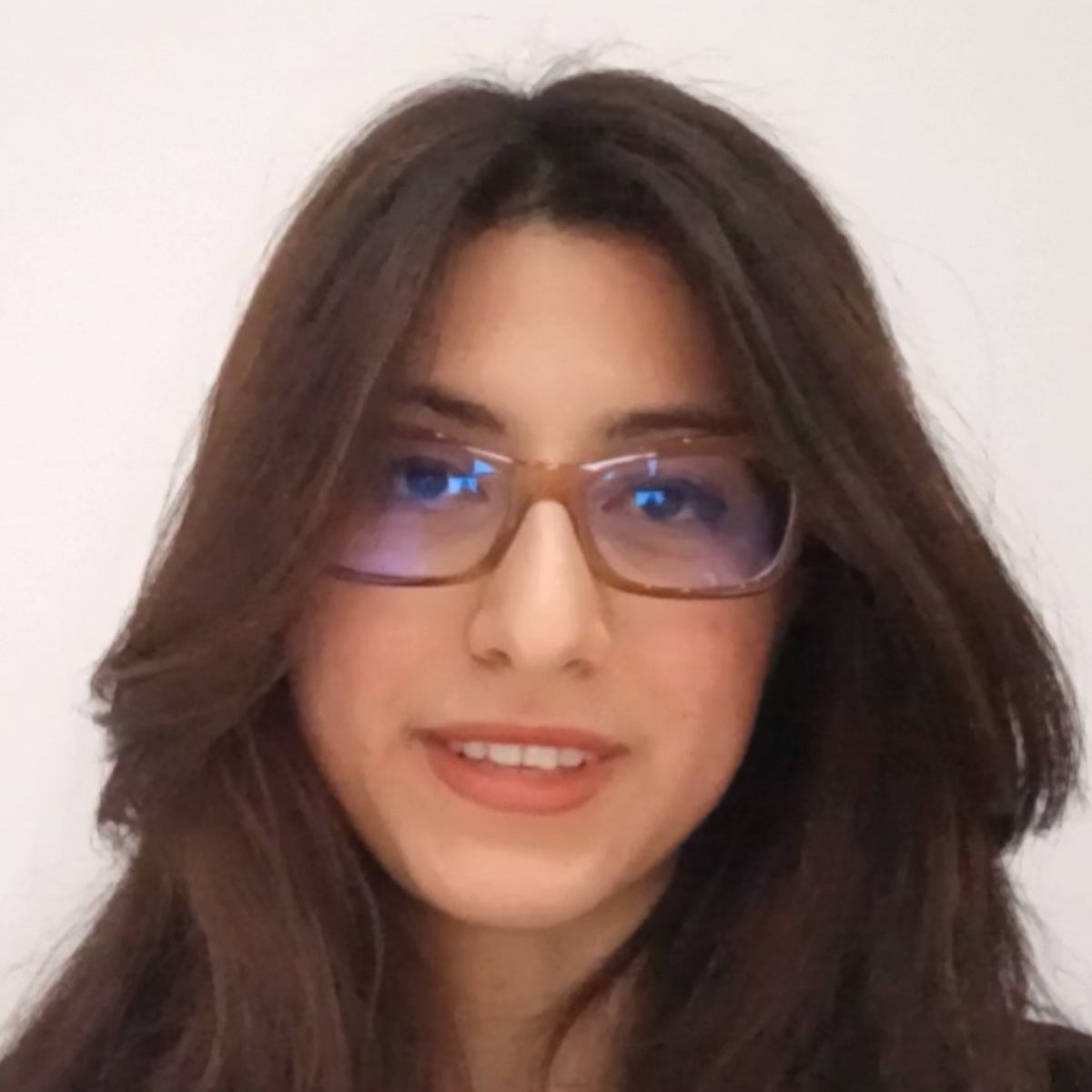 Ghada: “Hello everyone, my name is Ghada, I’m from Tunisia and my GoosebumpMoment was when I watched Daly Gana. He is a Tunisian singer who went to MBC The X Factor and sang the song “Cancion del Mariachi”. So, at first when he went on stage, he was stuttering a lot and the judges found it kind of hard to communiccate with him because he was kind of anxious. But then, when he started singing, that’s when all the magic happened, he just left everyone speechless. His voice was so hypnotising, mesmerising  euphonious, it was really beautiful. And the thing is, he was singing so fluently, it’s like he has never had any problems with pronunciation and it’s like he just entranced the entire audience by playing the guitar as well as singing. He was so passionated about what he was doing, he was lost in the moment. People were not looking at the person anymore or seeing this small handicap, if you wish, people were just so lost in his voice. I’m just really really impressed by this person and I feel like he’s such a big source of inspiration and perseverance to everyone.”

The inspiring talent of Daly Gana

The Tunisian singer Daly Gana left the jury and the audience of MBC The XFactor without words and with Goosebumps when he performed the “Canción del Mariachi” in Spanish in 2015 with an impressive fluency that aroused great emotion in the public.

His case is truly inspiring because he suffers from stuttering and had autism problems in his youth. However, this didn’t prevent him from appearing on this television show where he was hailed by a public standing ovation for his incredible talent. Gana was never discouraged by his disability and his courage teaches us to go for our dreams.

Who is Daly Gana?

Daly Gana is a multi-instrumentalist musician, author, composer and architect who was born on August 14, 1987 in Tunisia and began singing at the age of 12.

As a teenager he began to appear on the local scene and developed stylistic touches that later manifested themselves in a combination of influences from rock, blues, funk, soul and also North African folklore.

Later he excelled at various festivals, including the Mediterranean Guitar Festival (2006), as well as the Metal Festival Maghreb (2007); at the Tabarka Jazz Festival (2010); Roots Festival (2013), where he performed on stage with many artists at different events such as “Job Two Do” and “King Curtis”.

Following his musical collaboration with the television channel Nessma in 2012, he expanded his range by working on developing jingles for broadcasts and orchestrating live performances with musicians such as “Lotfi Double Canon” and “Zohra Lajnef”.

In 2015, he participated in the television show The X Factor in Lebanon in the international soloist category.

His inexhaustible appetite for travel led him to various countries from Algeria to Serbia passing through Turkey, Morocco and Spain throughout his career where he proved himself at various stages and on different occasions.

Why was Daly’s performance so remarkable?

Daly Gana looked like every other young contestant who auditioned for the fourth season of The X Factor Arabia. He had long locks, a fit body, and stylish clothes, but there was more to the Tunisian singer than meets the eye.

When the contestant came face to face with the judges, he stuttered when Donia Samir Ghanem asked him to introduce himself.

Moments later, when Daly professionally played his guitar and delivered the first lyrics of U2’s “When Love Comes to Town”, the judges’ expressions changed from perplexity to astonishment.

Since the age of ten, Daly Gana suffered from a speech impediment due to a form of autism that affected his communication skills. However, he overcame his illness through music.

During his participation in the X Factor, Daly told the producers of the television show that the first time he really felt the weight of his disability was in college, where he studied architecture.

He said that it was very difficult for him to explain a project assigned to him through an oral presentation, so he came up with the idea of ​​singing it. And when Daly sings, the speech impediment is put aside and gives him the confidence and the ability to do what he wants.

His participation in the X Factor was an example of greatness for many because the singer decided to turn something horrible into something beautiful. And while many sympathize with the contestants’ sob stories, many applauded that Daly didn’t use his to make the judges feel sorry for him. Instead, he chose to surprise them with his talent and determination to win.

The X Factor Arabia originally aired on March 26, 2006 with the title XSeer Al Najah, which means Elixir or Essence of Success as the original title. “XSeer Al Najah” was the Arabic version of The X Factor. This version also created by Simon Cowell has a format similar to the British one, in the sense that there are judges who each have a team of contestants to guide and compete with each other for the title of X Factor.

In 2014, MBC acquired the rights to the show from CBC, revamped its format, and began producing the fourth season. The judges for MBC The X Factor were Ragheb Alama, Elissa, and Donia Samir Ghanem. The first episode aired on March 14, 2015 on MBC4 and MBC Masr.