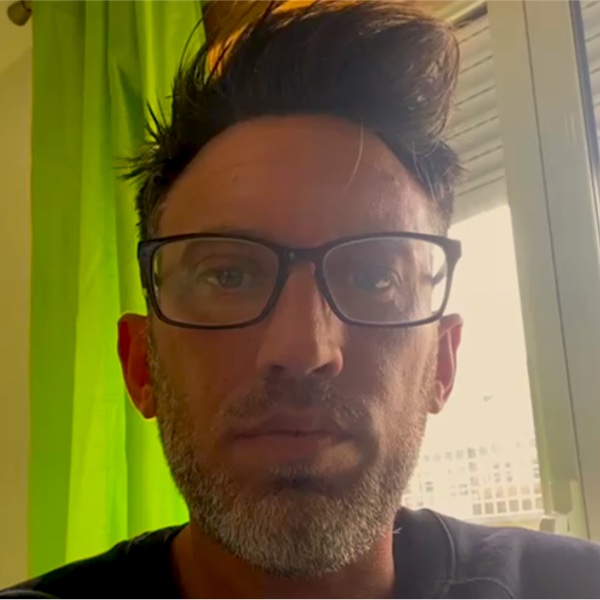 The song “Breaking The Habit” from Linkin Park- Pedro’s GoosebumpMoment

Pedro: “Hello! My name is Pedro. I come from Spain, Madrid. My GoosebumpMoment is the music from Linkin Park, “Breaking the habit” because it makes me remember the things with my family, with my friends during my childhood. That music brings joy to to my life, that is truly something special. That music is something that can transcend generations and bring families together. That is why that music is very important to me. And also because I am from Spain, Madrid makes me remember the city and the country where I was born.”

The song “Breaking the habit” from Linkin Park’s album Meteora (2003) is not only one of the best hits of the band, but also focuses on a reality that personally identifies with us all.

It is that far from being only about drug addiction, it rather refers to that need to change unhealthy habits in our life, including negative thinking. In other words, this song makes us think about those things that we did in one way and that we would have liked to be in another. Actions, words, gestures or calls that we miss.

This song is part of Linkin Park’s second album “Meteora” and became the fifth consecutive single to reach number one on the Billboard Modern Rock Tracks chart, a feat unmatched by any other artist in the history of that chart.

It was also the third single from the album to reach number one on the Mainstream Rock Tracks chart and managed to rank at number 20 on the Billboard Hot 100. It was also certified Gold by the RIAA.

Many fans still believe that this song was written by lead singer Chester Bennington due to his drug abuse problems. However, it was Mike Shinoda who wrote a lot before meeting Bennington dependent on drug addiction.

In fact, Chester himself is said to have had a hard time interpreting it at first and even shed tears when he first read the lyrics of “Breaking the Habit” as the wording really shocked him personally.

According to Mike Shinoda’s own description of the lyrics, it focuses on an individual who is trying to separate himself from the unspecified parts of his character that he disapproves of.

In the album notes, it was stated that the song was originally going to be an instrumental track that would last a little over three and a half minutes, but the band convinced Shinoda to change it. The instrumental was later released on the Underground 9.0 Fan Club as a demo track titled “Drawing”.

The music video for “Breaking the Habit” was animated by the Japanese anime group Studio Gonzo and was directed by Joe Hahn and co-produced by Eric Calderon.

It uses an anime stylisation that was overseen by Kazuto Nakazawa, who had previously directed the animated segment of Quentin Tarantino’s “Kill Bill: Volume 1”, among other things. The video was filmed of the band performing the song and was later rotoscopic.

The track won an MTV VMA in 2004 in the Viewer’s Choice Award category, in addition to being nominated for Best Rock Video.

This band formed in 1996, was characterized by the combination of hip hop, alternative metal and electronic music. This combination, along with their dark lyrics, led them to fame at the beginning of 2000 with the release of their first album “Hybrid Theory”, from which several singles were extracted, all of them with considerable success, with the songs “In the End” and “One Step Closer” obtaining gold records in no time.

This album obtained the second position in the lists of Billboard 200 and was the 7th most sold album of that year. It also achieved a diamond disc and multiple platinum ratings in the United States and Europe, respectively.

Linkin Park released their first live album “Live in Texas” in 2003, which was recorded in Houston. The album obtained very good international critics, reaching number one in sales in the main capitals of Europe, Oceania and Asia.

Shortly after that, the band released a new studio album titled “Meteora”, which was released in the same year of 2003, obtaining sales of 810,000 units only in the first week, at the same time that it managed to be number 1 on the Billboard 200.

Shortly after that MTV2 rated them the best band in the music video era and also the best band of the millennium, being only surpassed by the groups Oasis and Coldplay. The musical band has won two Grammy Awards.