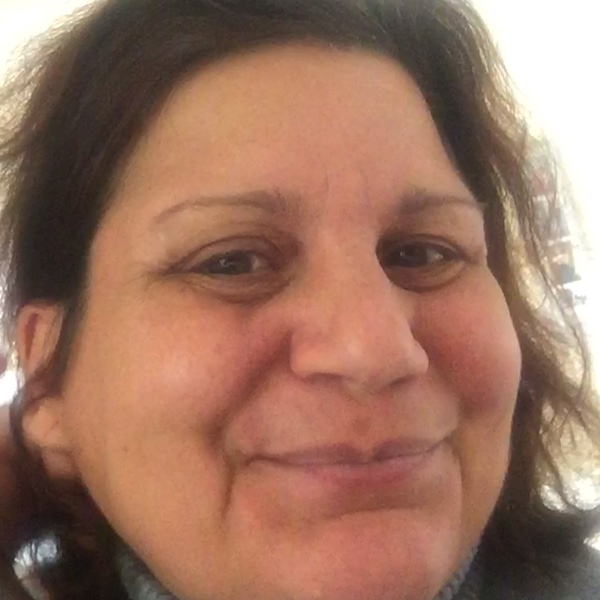 The song Jack and Diane by John Mellencamp – Irene’s GoosebumpMoment

Irene: “Hi everyone. My name is Irene and I am here to talk to you about my GoosebumpMoment. Well, when I was in high school, I heard this really cool song on the radio. It was called “Jack and Diane” and I really, really liked it. I was like “Oh my God! This is totally awesome!” And then all of a sudden, I hear the lyric, “Oh yeah, well life goes on long after the thrill of living is gone”, and that’s when I got my GoosebumpMoment! I’m like “Oh my God! Like totally gag me with a spoon. What a depressing song! I’m like soo over it.” And then do you know what happened? Well, you’re in high school and you’re counting the days ’cause you can’t wait until you finish high school ’cause there are great things coming up in your life. And you finish high school and you go on to college and you can’t wait until you’re done with college ’cause you’re going to get that great job and you’re going to do great things. And you’re done with college and you get that great job. And do you know what happens, ladies and gentlemen? You get married. And when you get married you have your kids. And when you have your kids you’re running around doing fifty trillion things a day. And you’re running, and you’re running and you have to do so many things and you never have enough time. And then 30 years later, you’re little Jack and Diane’s are ready to go out to the real world. And you have all the time in the world to do what you want with your life. But do you know what you say? “I’m good. ‘Cause you know what? Oh yeah, well life goes on, long after the thrill of living is gone.” That’s right. Bye guys!”

The chronicle of a young romance

It may have been just a song, but “Jack and Diane” certainly did great things for John Mellencamp and also for his fans that today still have Goosebumps from just listening to it.

It was number one for four weeks in 1982, turning Mellencamp, 31 at the time and then known as John Cougar, into an overnight sensation.

He’d been spinning for years before that monumental hit from his fifth album “American Fool,” but it wasn’t until then that he harnessed his true strength as a songwriter after he had suffered all his short-lived victories and unlucky defeats. And what better way to begin that process than by chronicling a young romance?

“Jack and Diane” is one of the great songs of the 80s, from the year 1982 to be more exact, the year in which it came to occupy the first place of the hit list in the United States. Its composer and performer John Mellencamp bore the stage name John Cougar at the time and the song appeared as the second track on the album “American Fool”, the fifth of John’s career. It became the best-selling album of the year in North America.

The story behind the lyrics of this song, according to its author, tells of a sentimental relationship he had with a girl who lived near his homeland and was named Diane.

“Jack and Diane” has an unusual structure to be the typical hit song of those years, however the details make this single one of the best achieved and most successful songs of “cougar” John Mellencamp.

The song was also number 1 in Canada, but in Great Britain it did not have the same luck, however. Over the years it has become one of the most requested songs of the 80s.

According to Mellencamp, “Jack & Diane” was based on the 1962 Tennessee Williams film “Sweet Bird of Youth”. However, in 2014 he completed that the song was originally about an interracial couple, where Jack was African American and not a soccer star, but the record company persuaded him to change it. The song was recorded at Criteria Studios in Miami, Florida, and was produced by Mellencamp and Don Gehman.

The life of John Mellencamp

Also called Johnny Cougar or John Cougar Mellencamp, John was born in 1951 in Indiana, USA and became popular in the 1980s by creating basic hard rock, often with folk inflections, and presenting himself as a champion of the small town values.

Growing up in southern Indiana, Mellencamp began playing in rock bands as a teenager. His first two albums, released in the late 1970s, disappeared without a trace; however, he had his first hit, “I Need a Lover”, in late 1979. With two more great hits: “It Hurts So Well” and “Jack and Diane” from the “American Fool” album.

Although criticized by some at this stage in his career as humorless and conceited, Mellencamp matured as a composer. His lyrics became more empathetic and his music acquired an incisive power.

“Scarecrow” (1985) and “The Lonesome Jubilee” (1987) were his commercial and artistic highlights. He was also a main sponsor of the first Farm Aid Concert, in 1985, which benefited struggling American farmers and was active on behalf of similar causes.

Mellencamp followed up with a series of albums that were generally commercial and critical success, though not as well received as his mid-1980s work. The most notable of this included “Dance Naked” (1994), which received gold thanks to his cover version of Van Morrison’s “Wild Night”.