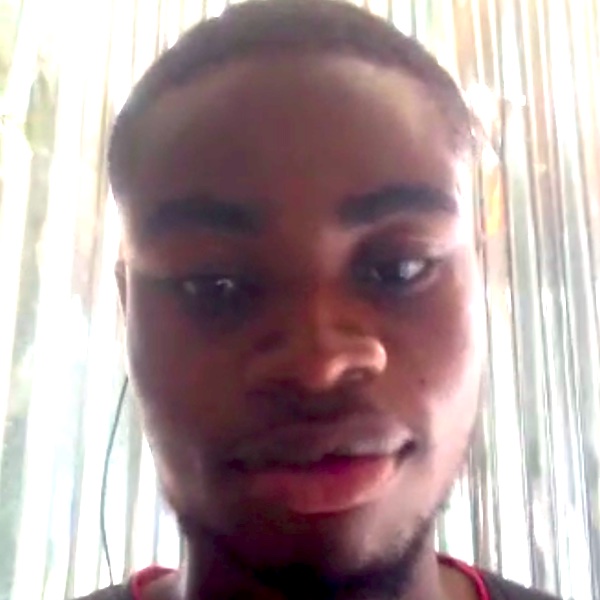 Robertson: “Hello, I’m from Haiti. My goosebumpmoment is to listen to music a lot and one of the songs that struck me a lot was a song entitled “L’Envie D’Aimer” by the author Daniel Lévi. I’m really passionate about this song. It was written in 2000 and I did listen to it in 2013, this song brings such comfort to me in difficult times with love and every time I hear this song, I have joy in my heart.”

One of the best-selling singles in France

In the early 2000s, the song “L’Envie D’Aimer” (“The desire to love”) from the musical “Les Dix Commandements”, performed by singer Daniel Lévi, became a great success in France. The sensitive and exceptional voice of Lévi won the hearts of the public and for this reason, this song is among the best-selling singles of all time in France.

In 2002, Céline Dion published an English version under the title “The greatest reward” on her album “A new day has come” and in 2014, the band Il Divo performed and included this song on their album “A musical affair”.

Daniel Lévi and his career after “L’Envie D’Aimer”

Daniel Lévi was born in Constantine, Algeria. He was very young when the whole family left Algeria to settle in Lyon. He grew up in the La Duchère district and took piano lessons for ten years at the Lyon Conservatory of Music. At the age of 18, with little interested in studies, he dropped out of high school to try his luck at becoming a musician.

In 1991 he took the poster for the musical “Sand et les romantiques” at the Châtelet theater for the first time on a large Parisian stage. His performance allowed him to be noticed by Disney studios who were looking for an interpreter for the credits of the cartoon Aladdin. After composing, singing and recording his own songs, his career took off again in 2000 with the musical “Les Dix Commandements”, directed by Elie Chouraqui and Pascal Obispo.

Lévi performed Moses and the song “L’Envie d’aimer” that allowed him to be revealed to the general public. The enormous success achieved by the show propelled the singer to the front of the music stage. After a gigantic tour and the last performances of the show in January 2003, Daniel Lévi dedicated himself to the release of his own original album.

In 2005, for his fourth album “Le coeur ouvert”, he collaborated with Pascal Obispo, and in April 2017, after more than ten years of absence, he returned with a new self-titled album. He recently returned with the album “Grâce à toi”, recorded during quarantine in April 2020.

“The will to live”

In 2019, the “L’Envie D’Aimer” performer announced to be suffering from colon cancer in a moving statement. However, in the midst of his fight against cancer, the singer produced a decidedly positive, even altruistic album, in which he declared his faith in human beings, with songs like “Les gens bien”.

Lévi stated that the content of this album sums it up. And, according to him, after going through difficult tests, he has stripped himself of the superfluous and claims to see the beauty of the world and the luck of being alive.

More about the singer Daniel Lévi: