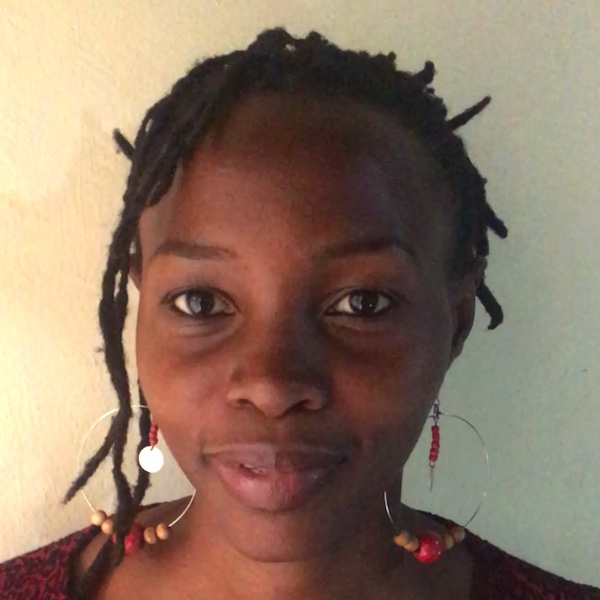 The song “Lingus” by the group Snarky Puppy – Gloria’s GoosebumpMoment

Gloria: “Hi! I’m from Uganda. My GoosebumpMoment is from a song called “Lingus” by Snarky Puppy from their album “We like it here”. It has a 4 minute solo and that solo is so special to me because it depicts almost everything that life is. It starts slow as Cory Henry is playing and is deep in thought and it just feels like it is not going anywhere and then suddenly, it becomes more intense as Larnell Lewis picks it up with the drums. You know it is passionate, it is exciting. This is everything, it is so special. And it is just for me, a story of life summarized in 4 minutes. It is a beautiful solo. I completely love it.”

Snarky Puppy is responsible for a great deal of work that, while focusing on jazz, takes many forms. From the sober “Someone at Home” (2016) to the electronic “Sleeper” (2014), the band takes jazz traditions to various extremes.

However, it is “Lingus” (2014) that provides the most interesting of his jazz developments because it perfectly fuses a deep knowledge and respect for musical tradition with a sonic and conceptual innovation in such a way that it manages to reach everyone from the more critical audience to the less traditional.

Snarky Puppy is an American band that has won three Grammy Awards in the last four years: Best R&B Performance in 2014, and Best Instrumental Album (Contemporary) in 2016 and 2017. To close this year of success, they will celebrate with a Latin American tour.

Its leader, the bassist, composer and producer Michael League, founded the band originally in 2003 in Denton (Texas), bringing together a group of about 40 musicians who play various instruments (guitar, piano, keyboards, percussion, wind instruments and strings). Many of Snarky Puppy’s current musicians studied at the University of North Texas, and have been in bands of different artists: Erykah Badu, Marcus Miller, Justin Timberlake, Kirk Franklin, Ari Hoenig, Roy Hargrove, Snoop Dogg and many others.

Since then, their career has grown exponentially and their fame overflowed with the album “We Like It Here” (2014), which resounded on YouTube and in which you can see the magnificent group solidity and individual articulation of the interpretive capacities of the members.

What was most surprising about this album, and most of their work, is that the recording was done in one take and live, with the audience included.

Their first prize corresponds to the song “Something”, from the album “Family Dinner Vol. 1” (2013), which has the special participation of Lalah Hathaway. Later they obtained their second Grammy thanks to the album “Sylva” (2015), where they repeated the formula live from the studio but added an orchestral accompaniment, recorded in Doordrecht, the Netherlands. All the songs were composed especially for the Metropole Orkest, a Dutch orchestra specialized in accompaniment and performance of arrangements for jazz and pop musicians.

In 2016, Snarky Puppy decided to record the traditional way, without an audience and without cameras. This resulted in the album “Culcha Vulcha”, which consecutively earned them another Grammy. A work that they describe as darker and more serene, but that has groove and is still well founded on the roots of funky jazz.

Snarky Puppy has a strong commitment to education and constantly conducts clinics, workshops and masterclasses in different parts of the world.

Three time Grammy Award winner Michael League is the creator and frontman of the instrumental music band Snarky Puppy and is also part of the world music group Bokanté. He is also the co-owner of Atlantic Sound Studios and founder of the record label GroundUP Music.

Michael League studied jazz at North Texas University, a center with which the Liceu Conservatory Foundation has a fruitful collaboration agreement. He later moved to nearby Dallas, where he worked with some of the most influential figures in modern gospel, R&B, and soul music.

He was mentored by legendary musicians such as keyboardist Bernard Wright (Miles Davis, Chaka Khan) before moving to Brooklyn, New York, in 2009. As an instrumentalist and producer he has worked with a wide range of artists.

In 2016 he created the band Bokanté, in which he combines the influence of blues and rock with Caribbean and African rhythms. The group includes a stellar cast of musicians from four continents. Bokanté was on tour during 2017 to present their first album, “Strange Circles”. Their second album, “What Heat” (2018), was recorded in collaboration with the Grammy-winning Metropole Orkest.