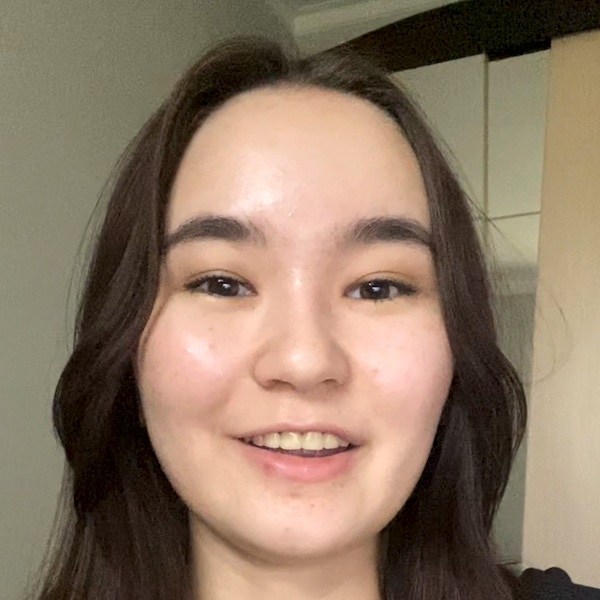 The song "Live before I die"

Aru: “Hi! I’m Aru and I’m from Kazakhstan. So, my goosebumpmoment was when I first heard the song “Live Before I die” by Mike Posner. Essentially this song is about Mike’s self-discovery journey and how he decides to walk across America. He sets this goal for himself because he wants to experience life to the fullest. Also, he wants to be proud of himself. I think we can all relate to this song at some level because we all feel lost or hopeless sometimes. And this song is a great reminder that we should always strive for the best and live our best lives. The actual moment that gave me goosebumps was when he got hospitalised during his journey and he wasn’t sure if he’d able to continue his journey. But, no matter the circumstances that he had faced, he still decided to continue his journey. I think that’s a very beautiful song and a great reminder that we should always be striving for the best and to live our best lives.”

Crossing the United States on foot

“Live before I die” is a song by Mike Posner, author of the famous song “I took a pill in Ibiza”, in which the singer opens his heart and shares his learnings from during a very particular personal experience: crossing the United States from East to West on foot.

Through this adventure, Mike sought to find himself and live life to the full. However, he also ran into difficulties he had to overcome and this makes us reflect on our own life and the way we want to live it. Without a doubt, a subject that gives us goosebumps.

A journey that changed Posner’s life

After losing his father to cancer, Posner abandoned his old habits, rejected drinks and drugs, and embarked on a life-changing journey. In 2019, he began walking in Asbury Park, New Jersey and didn’t stop until he reached the Pacific Ocean, six months later. Posner’s journey is documented in the video for his new single,”Live Before I Die”, a collaboration with British producer Naughty Boy.

Mike Posner did 4,588 km on his hike, got up at 4 a.m. every morning, and walked 30 miles a day. Along the way, he was bitten by a rattlesnake and had to be taken to a hospital in Colorado, where he was told he could lose his leg. Surprisingly, he resumed his expedition only three weeks later, in the exact place where he left off. But the hardest day came three months later, after flooding in Missouri forced him to change his route, meaning a two-day detour in the wrong direction to reach the Kansas border.

The ability to get up and walk again the next day after crossing that imaginary finish line took a toll on his health. However, Posner went on. As he continued, and his beard grew thicker, he grew stronger and more used to discomfort. He developed a dislike for cities and suburbs, which made him feel claustrophobic after being under the stars and in the desert in Nevada and Colorado. The highlight was his 10-day adventure through the Navajo Nation, the American Indian territory that spans over Arizona, Utah, and New Mexico.

Who is Mike Posner?

Michael Robert Posner, artistically known as Mike Posner, is an American singer-songwriter and producer who was born in Southfield, Michigan on February 12, 1988. He released his debut album “31 Minutes to Takeoff” on August 10, 2010. The album includes the single “Cooler Than Me”, which reached the top 10 on the Billboard Hot 100 chart. He is also known for the songs “Please Don’t Go”, “Bow Chicka Wow Wow” and “Took A Pill In Ibiza”.

Elitaste Inc.’s manager Daniel Weisman first heard about Posner in 2008, when Jared Evan’s manager Saytum passed him some songs that Posner had created for Weisman, then a Wale client. Weisman contacted Mike as he was impressed by his songs, especially “Cooler Than Me”, and began a relationship in which Weisman mentored him through iChat.

The partnership was made official in early 2009, after Posner’s second mixtape, “A Matter of Time,” which began to attract the industry’s attention. This mixtape was released from his bedroom at Duke University in March 2009 under the name “Mike Posner & The Brain Trust”. “The Brain Trust” referred to the people who supported him. The publication was unusual in that it was distributed for free on iTunes U, a channel designed for educational content. Immediately, it reached number one on the iTunes U chart, thanks to its manager Saytum.

Posner also sang along with Cher Lloyd on her song “With Ur Love”, which was released as a single on October 30, 2011. He has also covered many songs, including “Halo” by Beyoncé, “Rolling in the Deep” by Adele, “The Scientist” by Coldplay and “Heartless” by Kanye West. His single “Cooler Than Me” is incorporated into the music list in the famous PC game franchise “The Sims 3”. It can be listened to in the game’s own soundtrack. It can also be found in the game “Grand Theft Auto V” on the radio. Posner three most popular singles are “Cooler Than Me”, “Please Don’t Go” and “I Took a Pill in Ibiza”.