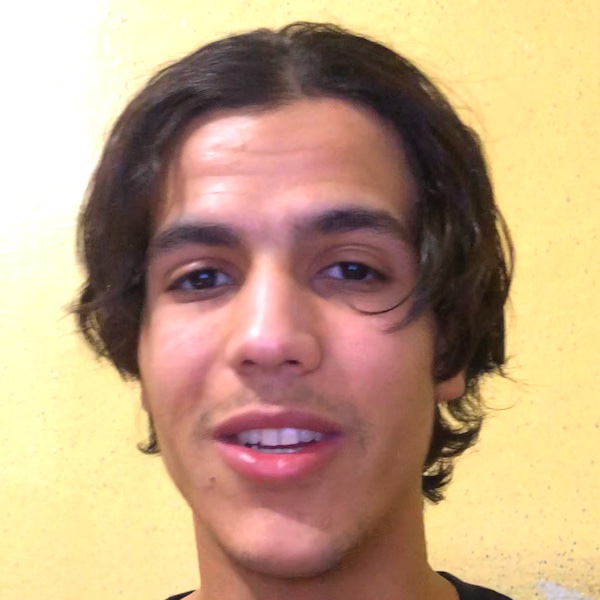 Medjadi: “I’m from Algeria and my GoosebumpMoment is when I listen to the song “Sweater Weather” by the Neighbourhood. It’s like a classical song which is going to take you to the 90s and make you feel relaxed because every song got its own way to touch the soul. That’s what I believe as they say songs are for broken souls and every time I feel bothered or upset or feel annoyed, I just go to my playlist and play it and everything changes like it’s a touch of magic. And the way he describes the lyrics, it’s wonderful. That’s why I recommend everyone to hear it.”

The song that identifies The Neighbourhood

The songs of the band The Neighbourhood have an alternative sound that is mixed with heartbreaking lyrics about love, heartbreak, emotional problems and excesses.

“Sweater Weather” from the album “I Love You” is one of them. It was the band’s first single and it became a big hit. Its main theme is about love being divided. It also teaches us about risky and vital sacrifices you will have to make in life, and reminds us that those we love will always be our highest priority.

This song, released in 2013, became a huge hit. So much so that it was topping the music charts for several consecutive weeks on Billboard Alternative Songs.

Also, because of the huge success the band obtained in November of the aforementioned year, they relaunched the song before the approach of  winter.

According to the band, “Sweater Weather” was the first song they wrote and that fully identifies them. Perhaps, for them, it is not their best song. They never imagined that it was going to be their most famous song.

The Neighbourhood, a Californian band

The band The Neighbourhood is a group formed in 2011 in the United States. They are also known by the diminutive “The nbhd”. Its members chose the British spelling of “neighbourhood” on the advice of their manager, in order to distinguish themselves from a band that already used the American word “neighborhood”.

The group is made up of Jesse Rutherford on vocals, Zach Abels on guitar, Michael “Mikey” Margott on bass, Jeremy Freedman on guitar and Brandon Fried on drums.

It is noteworthy that previously, the musician Bryan Sammis was the drummer for the band.

Something that characterizes the videos of the band is their particular taste for making them in black and white. What is the secret of their success? In the words of their vocalist, Jesse Rutherford, the key is that all the members of the group and all the members of their team were friends long before the band existed, which gives them integrity and strength when fighting against adversity of the industry.

More about The Neighbourhood: