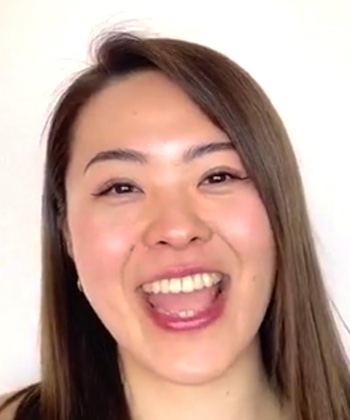 “Hi! I am Emi from Japan and my goosebump moment was when I first heard Disco House Music at a club in New York City. I was an international student and one day my friend invited me to go to a club. As soon as I went in, the beats the DJ was providing and my heart beats were synchronized, and it just became one. The energy around it was so positive and colorful. People had unique attires and were full of love and smiles. It was so perfect. As soon as I experienced this, it made me think that I could be anyone I want as long as I embrace and respect myself. I hope you enjoyed my goosebump story and I also hope that you will have many, many goosebump stories in your life.”

House music is one of the foundations of modern club music. It’s hard to imagine what the sound would have been like if house music hadn’t been born in the ’80s.

The genre was born in the pioneering underground clubs of Chicago and New York, where the audience was made up mostly of African-Americans and gays. Today this music continues to have an inclusive philosophy and continues to maintain energy generation after generation.

Its rise has come and gone over the years but house music culture has always been on the move. The internet has helped foster an appreciation for the classics of this type of music, which in turn have inspired modern house with old-fashioned approaches.

House music has kept people dancing for decades, it has generated subcultures and it has influenced technology and musical innovation.

Starting from disco music, house music has evolved into many genres and subgenres of electronic music. It has even influenced pop music, hip hop, and other modern music styles. To this day, the cultural impact of house music continues to inspire new generations of fans, music, technology and innovation.

When did house music first appear?

Before house, disco reigned and reached its peak in the late ’70s. It set the standard for nightclub music at 110-130 beats per minute and stretched out rhythm parts and breaks in songs. It marked the beginning of DJ culture, especially in New York City.

With the advent of the 1980s, synthesizers and drum machines began to replace live bands and orchestras, which until then had been used on traditional records. Electronic disco and proto-house originated at the Paradise Garage and other underground clubs in New York City.

However, like any other major cultural movement, there is no one time when disco magically appeared. It was an evolution of experiments in the studio and advances in DJ technology.

Some pioneering DJs, like Frankie Knuckles and Ron Hardy, combined certain sounds, remixing tracks to which synthesizers and drum machines were added. Something that was put to the test at Chicago venues like The Warehouse and Music Box.

Those clubs were the places to go to hear the mixes with the hardest beats, powerful melodic hooks and extensive disco remixes, all under the prism of the futuristic vision of European electronic music. The Warehouse was so influential that it is globally recognized as the place that gave house music its name.

How did house music become an international phenomenon?

The sounds that emerged from Chicago and New York reached many places around the world, spawning all kinds of wild new modes of expression.

Some variants of the genre are tribal house (with a lot of percussion), progressive house (with melodic touches), funky house (upbeat), minimal house (very experimental), hard house (with fast and frenetic rhythms) and the constant gray area between the techno and house called tech house.

In Detroit electro, industrial, P-funk and other genres collided with house to create techno. Pioneers include Juan Atkins, Derrick May and Kevin Saunderson, who performed in Chicago clubs while forging their own sound.

In Chicago, national house music territory, the ghetto-house style seen on labels like Dance Mania in the ’80s and ’90s gave way to the experimental genre known as juke and footwork. In this aspect, some of the pioneers were RP Boo and the late DJ Rashad.

Italians have been ready for house since the days of Italo disco, and bands like Jestofunk added their own twist to house music. In France they followed a more hip-hop sound, sampling classic disco and funk tracks to create the French twist of Daft Punk’s Thomas Bangalter, Cassius, Etienne De Crécy and more.

In South Africa kwaito became the sound of the townships, with influences from American house and hip-hop. In Japan Satoshi Tomiie is among the pioneers.