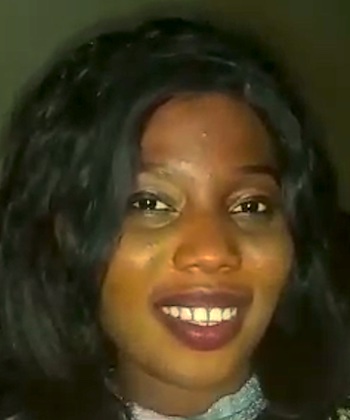 “Hello! My name is Assitan Touré, I come from Mali. My goosebump moment was when I first attended a Malian musical artist concert in Abidjan, whose name is Toumani Diabaté. While I was enjoying the song, Toumani was playing with kora. Kora is a Malian musical instrument which has existed for several centuries. While I was enjoying it, I heard a very particular sound, coming from the backstage, oh my god! And it was his son, Sidiki Diabaté, who is also a player of that instrument. He joined his father on stage. The sound of the two-playing kora penetrated my pulpit. I was amazed by what I saw, I was dazzled by what I saw. That concert will forever be etched in my memory.”

One of the best kora musicians

Toumani Diabaté is a legend in his country, Mali, the heart of West Africa. The musical importance of this artist is because he descends from the Diabaté family, a family of griots, as oral storytellers are called in this part of the African continent, whose messages are transmitted from generation to generation.

The roots of Malian music spread to the world. The rhythms that flourished in blues began with the slaves and some instruments, such as the kora that he plays, are unique in the world.

Diabaté is a musician above all. A virtuoso of the kora, that 21-stringed gourd, a mixture of harp and lute, which is played with index fingers and thumbs. He plays it impassively, with tight lips, leaning forward as if he wanted to caress the strings with his eyes or leaning back when the phrases get complicated. There is something hypnotic about the kora, so much so that when you listen to it, you get caught up in its harmony, and Toumani Diabaté is undoubtedly one of the best kora musicians in the world.

With Toumani, the 65th generation of his family to play this instrument, the kora has reached its peak. The musician has taken it beyond its borders. He has recorded albums with the Icelandic Björk, with the New York bluesman Taj Mahal or with Ketama, with whom he made “Songhai” in 1988, a historic album, a marvelous meeting of kora and flamenco guitars.

Diabaté is one of the most popular and prestigious African musicians. Throughout his career he has internationalized his instrument and recorded with great musicians, both with Mali and Ali Farka Toure, who made two albums that received Grammy Awards, but also with artists such as the flamenco Ketama (“Shongai” and “Shongai II”), with the blues musician Tah Majal or Björk, and with Damon Albarn, Herbie Hanckock and the London Symphonic Orchestra.

This album is a formal passing of the generational witness. Toumani dialogues through the kora with his son Sidiki, with conservatory musical training and a star in his country capable of filling large auditoriums. This is something that Toumani could never do with his father since he died just when they were preparing a recording and had to record together with Ballaké Sissoko, emulating the album that his two parents made in the 70s.

Among the century-old traditional pieces, there is “Lapedusa”, a composition by Toumani dedicated to the Africans (emigrants) who lose their lives crossing the Mediterranean in search of a better future. A memorable African instrumental album ancestrally vaguardist.

An ambassador of his country’s musical tradition

Toumani Diabaté is not only a virtuoso of the kora, a variant of the harp from the West African musical tradition that has 21 strings and that he is the one who, more than any other artist, has been responsible for making known to the world. He also plays a very important role in his community as a teacher, composer and as a transmitter of the musical tradition of his country, Mali.

Toumani’s music has an expressiveness and beauty that comes from the power of the ancient griot tradition of Mali to which he incorporates new airs and territories. He is at the forefront of a new generation of griots who constantly seek to modernize this tradition while honoring it. Toumani’s music reflects a profoundly positive image of Africa.